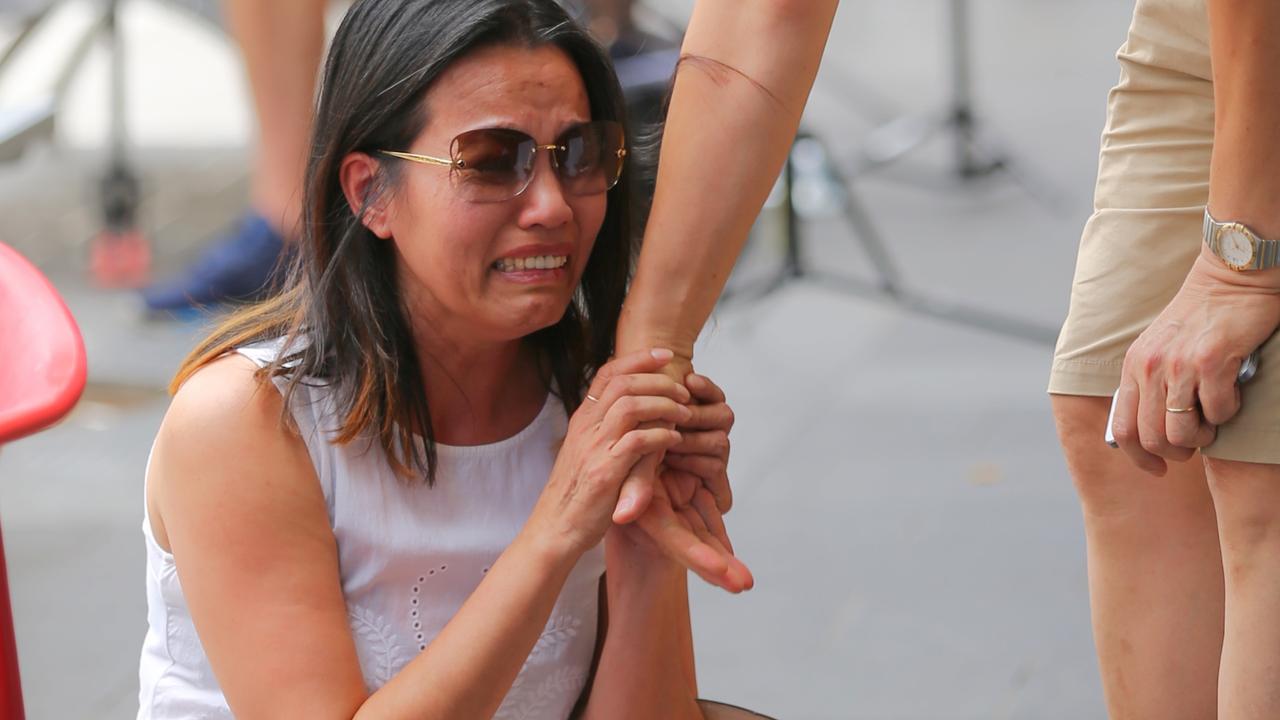 Just days after a lawyer was shot and killed in front of frightened bystanders in a Sydney cafe, the police claimed that they had discovered something important.

The court learned that only two days after a lawyer was blatantly shot and killed in southwestern Sydney, the police seized $126,000 suspected of planning the bloody conspiracy.

In January 2018, Ho Ledinh was shot in three shots while sitting in the Happy Cup cafe in Bankstown and murdered in broad daylight.

Abraham Sinai is currently on trial in the Supreme Court of New South Wales. He pleaded not guilty to the murder and denied planning to be executed during the day.

The court learned on Tuesday that the gunman, Arthur Keleklio, used a 0.45-caliber gun to shoot a fatal shot into the lawyer’s back while sitting with a friend. This is not disputed.

In April of this year, Keleklio pleaded guilty to murder in the Supreme Court.

On the first day of Mr. Sinai’s trial, the jury played a creepy CCTV video showing Mr. Ledinh fell to the ground after being shot along a busy shopping street.

Mr. Sinai denied allegations that he planned and organized the killing before helping Mr. Caleklio escape.

“Mr. Keleklio is the gunman, and Mr. Sinai did not pull the trigger,” Royal Attorney Sean Hughes said.

“Mr. Sinai, the royal family said that because he was part of the arrangement or agreement, he was guilty. In this sense, he was involved.”

Officials claimed that Mr. Ledinh was killed in a financial dispute involving a man named “Khai”.

The court heard that Mr. Ledinh claimed that Khai owned the money of one of his clients, Tri Nguyen.

Mr. Hughes said that Mr. Sinai worked for Khai as a debt collector.

“When Khai has debts or people owe him money, Mr. Sinai’s role is that if something goes wrong, he will walk around and ask for payment,” Mr. Hughes said.

However, Mr. Sinai’s defender argued that Mr. Ledinh was involved in drug distribution and cooperated with Mr. Nguyen in illegal substance trade.

Mr. Sinai’s attorney, Mark Tedeschi, also told the jury on the day of his client’s trial that Mr. Ledinh and Mr. Nguyen were involved in financial disputes after the sale of the Happy Cup cafe they previously jointly owned.

The court learned that two days after Mr. Ledinh was shot and killed, the police stopped three cars-one carrying Mr. Sinai and the other two carrying Mr. Sinai’s relatives-the officers seized $126,000 from them.

Mr. Hughes said that although only US$6,000 was found in Mr. Sinai’s car, he was later heard claiming to have all US$126,000 during a wiretap on the police phone.

However, Mr. Tedski described the Crown case as relying on “suspicion.”

“We think this is purely official speculation and think it is a motive,” Mr. Tedsky said.

“You will not hear any evidence that Mr. Redding’s death has paid Mr. Sinai anything.”

The court was informed that after the shooting occurred around 3:30 pm on January 23, 2018, Mr. Keleklio escaped the scene through a series of lanes and entered a parking lot on East Terrace in Bankstown.

The prosecutor told the jury that Mr. Sinai, who was with his wife and sister at the time, met with Mr. Caleklio in the parking lot. They were sitting in a gray Nissan van, which they used as an escape vehicle.

“He didn’t show up by accident,” Mr. Hughes said.

While waiting, Mr. Sinai’s sister and wife were captured by CCTV when they entered the St Vincent de Paul store.

Mr. Tedeschi said that there is no evidence that anyone in the Nissan Elgrand knew nothing about the murder plot.

“Essentially, the most important situation is that the car went to the East Terrace to wait for the gunman. He is expected to come to the truck,” Mr. Tedski said.

The trial is expected to last four weeks and will continue before Judge Robert Hulme.