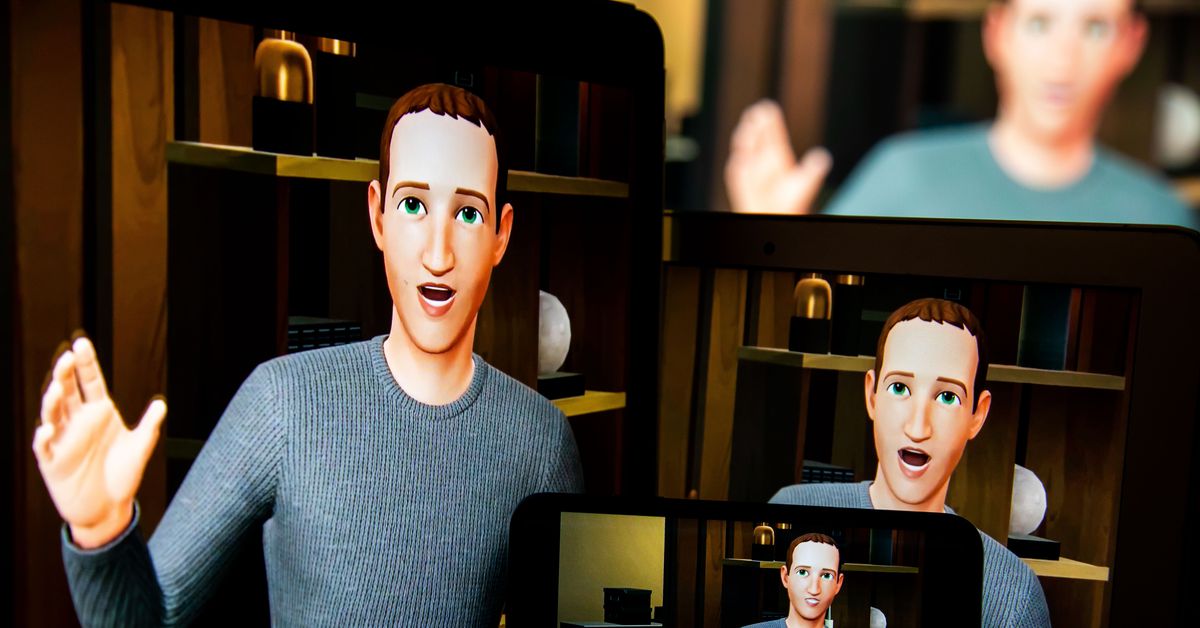 Meta has had a tough year.

In 2022, the company saw its stock price drop to a historic low, laid off 11,000 of its employeesand faced intense skepticism from impatient investors about the feasibility of its futuristic metaverse vision. But that’s not going to convince the tech giant to change its plans.

In a memo to Meta’s staff also posted on social media, one of Meta’s top executives, CTO Andrew “Boz” Bosworth, reflected on Monday about the difficult moment the company is in. He made it clear that the company will double down on its plans to build out new AR/VR technologies including ones that power the metaverse, which is a series of immersive 3D virtual worlds where people can socialize, work, and play using digital avatars of themselves.

“We never thought it would be easy or straightforward, but this year was even harder than we expected,” wrote Bosworth. “Economic challenges across the world, combined with pressures on Meta’s core business, created a perfect storm of skepticism about the investments we ‘re making. These are moments that truly test people’s belief in the future.”

Bosworth’s note made the case for why employees — and the public — should believe in the company’s $10 billion-a-year investment in developing new technologies like AR/VR, eye-tracking, and graphics processing.

“This post is my attempt to set the record straight,” said Bosworth in an interview with Recode last week, speaking to critics who think Meta is spending too much on new technology that hasn’t yet caught on at the same scale as social media “There’s been a really bad misunderstanding of the business and the fact that 80 percent of the investment that we’re making is an investment in the core business. And if you ask the average person, isn’t it reasonable for a company to invest some percentage, maybe even 20 percent, in its future?”

Meta CEO Mark Zuckerberg thinks the metaverse will be the next iteration of the internet, a technological shift akin to the mobile phone. But even in the best case scenario for Zuckerberg, it will take time to achieve that vision — by his estimates, as long as 10 years. Meanwhile, some investors have grown wary. One recently called Meta’s continued spending on it “terrifying” in a recent open letter urging the company to cut back.

In his memo, Boz argued against Meta caving to this kind of market pressure.

“During boom times, it’s easy to make big, ambitious investments in what’s coming next. But when economic conditions turn, it’s just as easy to turn the other way: cut back on your ambitions, stick to what’s safest and most profitable today, and squeeze as much as you can from it,” wrote Bosworth.

The executive argued that there are “disastrous consequences for this kind of short-term thinking,” saying it results in “hollowed out companies that gave up on innovating long ago, content to just turn the crank on an existing business until it stops working. “

Bosworth’s comments come at a time when Silicon Valley is long overdue for a major breakthrough invention. It’s been years since any of the reigning tech giants — Apple, Google, or Meta — have put out a technology as transformative as their earlier products like the mobile phone, the online search engine, the personal computer, or a social media platform like Facebook. For the past year and half, Meta has been positioning itself as a could-be leader on this front.

And while Apple and other tech giants are also investing in AR/VR technology, Zuckerberg is in a unique position: He’s the only remaining major tech CEO who is also a company founder, with control of the board and essential immunity from being fired. Also put out several iterations of AR/VR headsets before Apple has even launched a single product in this space, giving Meta a head start in development.

But Meta still needs to keep making money by growing its main business: selling ads on social media. The company is still recovering from a major hit to its ads business after Apple launched the App Tracking Transparency tool to iPhones that limited Meta’s ability to target ads — the company predicted it would lose $10 billion because of those changes in 2022 alone. This year, Facebook also reported its first ever decline in global users in the final quarter of 2021 as it faces increasing competition from TikTok. It’s a signal to some that the platform was losing relevance, particularly with younger users and in developed nations like the US. Bosworth argued in his memo that its critics” misunderstood” some trends here. He pointed out that Facebook’s engagement is increasing in Q3 of 2022, and that Meta-owned WhatsApp is growing the most in North America compared to other regions.

Bosworth also gave some insight into what Meta plans to focus on in the future in its AR/VR efforts.

This year, Meta released a $1,500 “mixed reality” — headset, called the Quest Pro. Mixed reality means that instead of being completely immersed in a virtual environment, you can see virtual reality projected onto your surroundings. The Quest Pro is being marketed to business customers like architects, clothing designers, and other professionals who use 3Dir modeling for the

Meta’s older, more affordable virtual reality Quest 2 headsets are more popular with regular consumers (they’re the leading VR headset in the consumer market), but the technologies are still niche compared to the scale of Facebook or Meta-owned Instagram. For comparison , Meta has sold an estimated 14.8 million Quest 2 headsets since launch, according to analyst firm IDC, whereas Facebook has nearly 3 billion monthly active users.

That’s largely because VR products are bulky and difficult to wear on your face for more than a few hours at a time. And while they’re fun for gaming and virtual hangouts, they’re not essential technologies like a laptop or a phone.

Meta is hoping that more people will eventually use AR/VR products as they become more lightweight and technologically sophisticated.

“It won’t be long before a VR headset is capable of emulating a powerful home computer setup, from a device that fits in a backpack and can be used anywhere,” wrote Bosworth.

While Meta’s ambitions for AR/VR are bold, it’s struggled at times to sell parts of its vision to the public, and even some of its own employees. Meta’s flagship metaverse social platform, Horizon Worlds, wasn’t being used enough by its own employees, in part because it was too buggy, as The Verge reported in October. Virtual reality industry titan John Carmack, who used to be an executive consultant on VR for Meta, quit the company on Friday, saying in a now-public goodbye note that while he believed in the potential of Meta’s VR productshe questioned the company’s efficiency to build them. Outside the VR world, many social media commenters have criticized the look of Meta’s virtual avatars in its AR/VR products — a screenshot of Mark Zuckerberg’s avatar was widely mocked on Twitter and other platforms for being legless and cartoonish (in response, the tech CEO demoed an updated avatar a week later).

Bosworth told Recode that the company does have a “real problem” with getting people to understand the value of Meta’s metaverse products when they’re not wearing a VR headset and getting the full experience, but instead seeing a flattened 2D screenshot of it on a mobile phone or computer. He said his teams are working on improvements to the technical systems that power avatars to make them more “robust.”

But ultimately, avatars are just a small fraction of how Meta is spending its $10 billion annual budget on the futuristic technologies that make up its “Reality Labs” division. The company is investing about half of its Reality Labs budget into AR, for example, Including new hardware device development, Bosworth said. Bosworth said over time, Meta hopes to prove its critics wrong by making products people actually use.

“The path for this to become a more ubiquitous device is making it more valuable for more people.” he said. “And that is what we’re trying to do.”

Noma Is Closing. Welcome to the End of Fine Dining