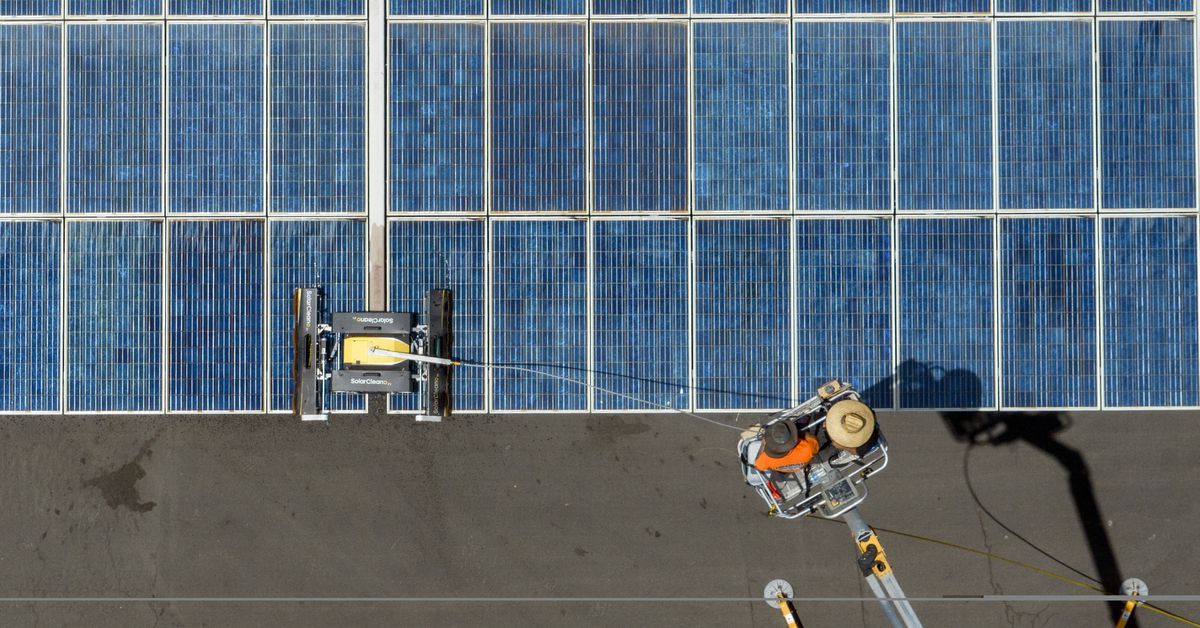 California is bracing for a Labor Day weekend heat wave that’s poised to break temperature records, scorch the state, and push the power grid to the breaking point. On Wednesday, the California Independent System Operator, which oversees the state’s power grid, issued the first of what’s likely to be many “flex alerts” asking Californians to reduce their energy use and avoid using large appliances or charging electric vehicles between the hours of 4 pm and 9 pm, when a combination of a reduction in solar power as the sun sets and a rise in demand as people return home from work puts extra stress on the grid.

Predictably, there was immediate backlash. “This is the reality of backward Democrat leadership,’” said House Representative Austin Scott (R-GA) on Twitter. “Their “green energy” infrastructure can’t even support their expensive electric vehicles.”

The argument that clean energy is responsible for grid failures is unimaginative and totally misses the point. It’s also inaccurate. The problem isn’t the energy sources, but rather the fact that there is — it bears repeating — extreme weather hitting the state.

“I certainly recognize the pattern,” said Mark Dysonmanaging director of the Carbon-Free Electricity Program at RMI, a clean energy think tank. “But the argument doesn’t hold up to the facts.”

Some of the country’s biggest blackouts in recent history, Dyson pointed out, were a result of failures of fossil fuel infrastructure, rather than renewable energy. Texas is a compelling example of this: In 2021, a winter storm famously shut down the natural gas infrastructure that was responsible for most of the state’s power generation, leaving millions of Texans without power for nearly a week and causing hundreds of deaths. Republican policymakers in the state were quick to falsely blame renewable energy — particularly wind turbines — for the blackouts, despite all evidence to the contrary.

That same wind power went on to prop up the state’s power grid during a heat wave that knocked natural gas plants offline this summer. Texas policymakers didn’t seem quite as eager to laud the wind turbines as they were to attack them.

Climate deniers like to point out that renewable energy is not always available and that electric vehicles use a lot of energy. These things are both true. But in normal operating conditions, neither of these things is a problem. While the electric vehicle market is growing , Dyson said, they are still “largely in the noise” of California’s energy use, and their software can allow them to automatically schedule their charging for off-peak hours, when demand is lower. Meanwhile, California’s energy mix, despite the state’s hefty investments in clean energy, is still mostly supplied by fossil fuelsand the variability in wind and solar power throughout the day is easy to plan for when the state isn’t facing a stifling heat wave.

But no matter the fuel source, there’s no getting around the fact that the power grid is simply unprepared for change climate and the extreme heat it is bringing.

Heat’s impact on the grid is twofold, explained Eric Fournierresearch director at UCLA’s Institute of the Environment and Sustainability. First, more people turn on their air conditioners and run them for longer on hot days, which means electricity demand is higher. Second, heat has a physical impact on the infrastructure of the grid , making wires less efficient at moving electricity and pushing transformers and thermal power plants to their temperature limits. As the temperature rises, those air conditioners have to work harder to cool the air — which means they draw more power, straining the grid even more. “So you get this feedback loop,” said Fournier.

“We designed the grid and wrote reliability requirements for the 20th century,” said Dyson. “We didn’t know that the weather was going to get a lot more extreme, both cold and hot. And what we’re seeing in particular is large, aging fossil fuel plants showing their weaknesses.”

As climate change continues to lead to more extreme weather events and more grid failures, it could be tempting to look at how things used to be and say that since the grid was more stable in the 20th century, we ought to go back to doing things the way we did then. But that would be ignoring the realities of why those grid failures are happening, and it would just make things worse.

“We’re at an extremely sensitive, and I would say potentially dangerous, transition point,” said Fournier. “If renewables are painted as the problem, we may miss the window to prevent ourselves from getting into a really desperate, dangerous level of climate change. We have a short window right now. If we panic, it’s going to get really ugly.”

Changing that trajectory will be difficult and uncomfortable, and the time ahead may well be riddled with blackouts. But heat waves and other disaster climates are our new realityand they are expected to get worse. Fossil fuels got us to where we are; to get out, we must look elsewhere.