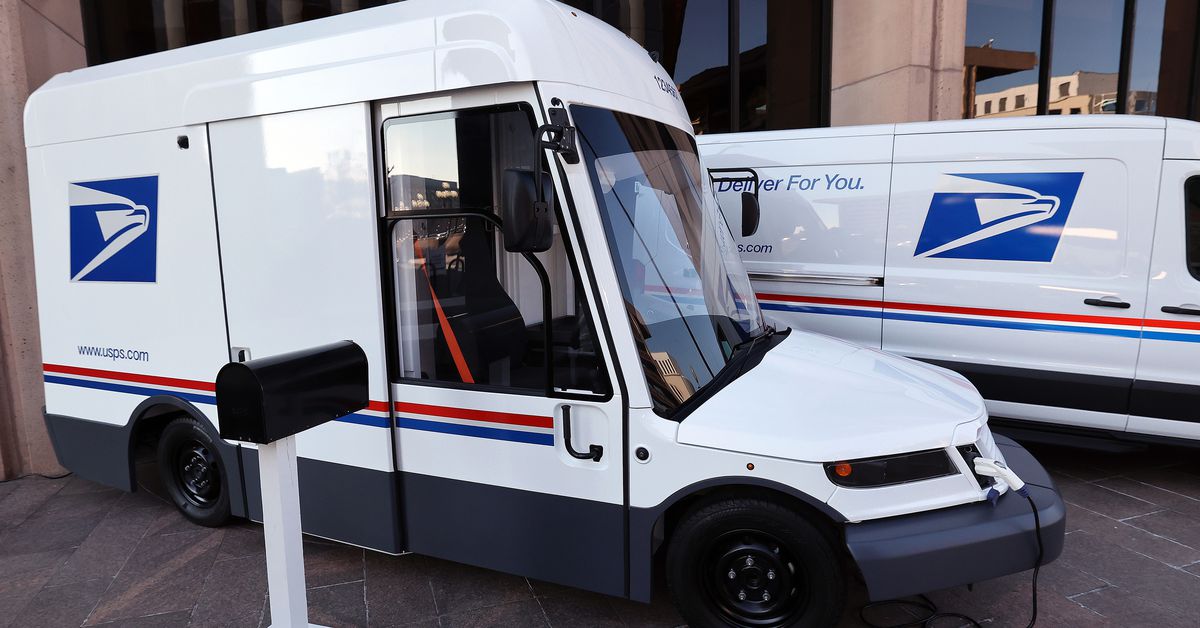 Neither snow nor rain nor heat nor climate change stays these couriers from the swift completion of their appointed rounds.

On Tuesday, the US Postal Service announced that it plans to buy 106,000 new vehicles by 2028, of which 66,000 will run on electricity and produce zero greenhouse gas emissions. The $9.6 billion investment for mail trucks and chargers, including $3 billion from the Inflation Reduction Actcould soon give the Postal Service the largest electric fleet in the US.

A massive bulk purchase like this stands to move the entire EV market, stimulating demand for the entire electric car supply chain, from batteries to semiconductors. The economies of scale could then lower the cost of these vehicles for everyone, making it easier to decarbonize transportation , the largest source of greenhouse gas emissions in the US.

But it’s not the environmental bona fides of EVs that won over Postmaster General Louis DeJoy. “The biggest thing was financial ability and operational suitability,” he told reporters outside the US Postal Service headquarters in Washington, DC.

The Postal Service has been looking for new trucks for years. With more than 220,000 vehiclesUSPS operates about one-third of all vehicles in the US government fleet, which is the largest in the world.

USPS also has the oldest federal fleet. Its iconic workhorse, the Grumman LLVwent out of production in 1994 yet continues to fill thousands of mail routes across the country. The austere little truck gets just 10 miles per gallon and doesn’t even have air conditioning. The lack of AC is actually a serious concern for letter carriers . Severe heat is a major problem on mail routes, and postal workers have died delivering mail during heat waves. And in an era of rising average temperatures and higher fuel prices, 10 miles per gallon is abysmal.

The Postal Service has been dealing with financial constraints as well. The agency isn’t funded by taxes and instead has to recoup costs by selling its services. In 2006, Congress required USPS to prepay health benefits for its retired employeesa law that frontloaded huge expenses and ate into the agency’s operating budget. Earlier this year, Congress revoked that mandate and reformed the USPS’s finances.

The USPS also faced criticism for mail delays and cost-cutting measures under DeJoy, who was appointed by then-President Trump in 2020. Earlier this year, the USPS announced plans to buy more trucks, but initially only 10 percent were slated to be electric. Environmental activists and 16 states sued the agency to try to block the purchase of such a large number of new fossil fuel-powered trucks and vans. By the summer, the USPS upped its share of new EVs by 40 percent.With additional funding from the IRA, USPS set its sights even higher this week.

The new Postal Service vehicles will be a mix of different platforms from various manufacturers. About 21,000 will be electric versions of vans and trucks already available from manufacturers like Ford. The biggest share of new vehicles, however, belongs to what the USPS calls the Next Generation Delivery Vehicle (NGDV). Built by Oshkosh Defense — a military contractor that also makes MRAPs — this duck-shaped 4-ton truck has a fivehead of a windshield, a walk-in cargo area, and, yes, air conditioning. The USPS expects to buy at least 60,000 NGDVs, with at least 45,000 running on electricity.

While electric passenger cars get a lot of attention, the vehicles bought in bulk stand to have the biggest impact on the economy and the environment, as Recode’s Rebecca Heilweil explained:

They can take far more trips in a week than a typical passenger car in a single day, which means that replacing one of these vehicles with an EV can have an outsized impact on reducing carbon emissions. Because these vehicles often travel on fixed routes, it can also be easier to set up a network of EV chargers to keep them powered. The overall idea is that by transitioning a series of vehicles all at once, fleets can lower overall costs and lay the groundwork for electrifying transportation at scale.

Mail trucks are almost the perfect use case for electric vehicles. They run on fixed routes from a single point. They start and stop a lot, which allows for regenerative braking to top up batteries. With fewer moving parts, they require less maintenance. And they’re quiet, making them a more acceptable presence. in neighborhoods. For similar reasons, couriers like UPS and companies like Amazon are increasingly turning to EVs.

For the USPS, though, electrification is part of a larger plan to meet its mission to deliver mail to 163 million addresses six days a week, according to DeJoy. Picking up, moving, and delivering millions of letters, bills, toys, and documents is a huge energy-intensive process.

He noted that USPS can make even bigger environmental gains by optimizing its workflow, ensuring that trucks always leave depots full, minimizing the amount of mail that’s carried by air, automating operations, and consolidating facilities.

For its part, the White House celebrated the announcement. President Biden set a target of making half of all new cars sold in the US electric by 2030 and cited the electric mail truck as an example of the IRA in action. So for Biden’s climate change agenda, the USPS is starting to deliver.