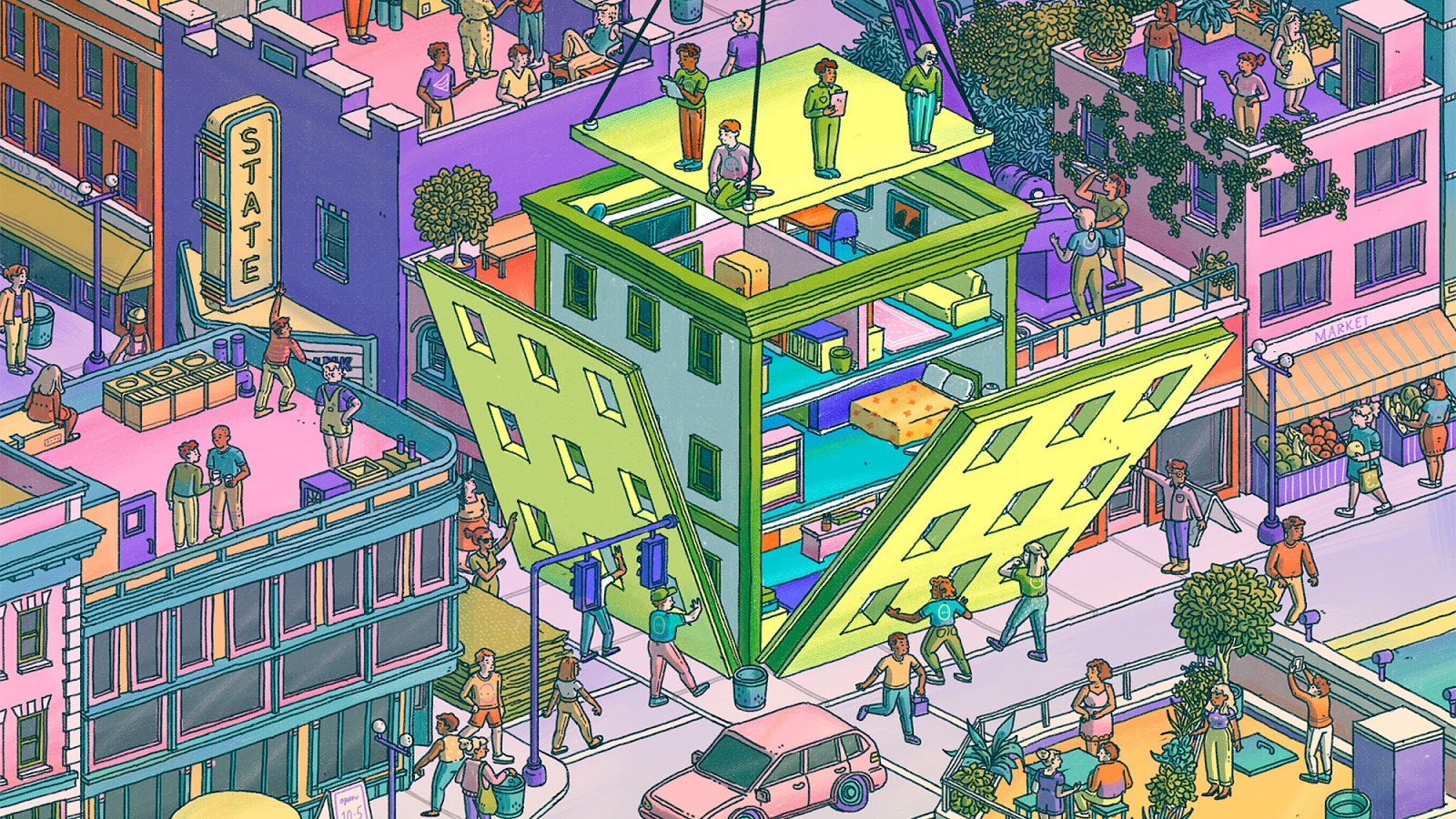 This is today’s edition of The Download, our weekday newsletter that provides a daily dose of what’s going on in the world of technology.

In early 2021, Crown Prince Mohammed bin Salman of Saudi Arabia announced The Line: a “civilizational revolution” that would house up to 9 million people in a zero-carbon megacity, 170 kilometers long and half a kilometer high but just 200 meters wide. Within its mirrored, car-free walls, residents would be whisked around in underground trains and electric air taxis.

Satellite images of the $500 billion projectobtained exclusively by MIT Technology Reviewshow that the Line’s vast linear building site is already taking shape. Visit The Line’slocation on Google MapsandGoogle Earthhowever, and you will see little more than bare rock and sand.

The strange gap in imagery raises questions about who gets to access high-res satellite technology. And if the largest urban construction site on the planet doesn’t appear on Google Maps, what else can’t we see? Read the full story.

Why babies sleep so much

Babies can spend as much, if not more, time asleep than they do awake. Scientists still aren’t exactly sure why, but technologies like EEG caps and MRI scanners are starting to shed a bit more light on this mystery—and could help reveal what is going on inside the rapidly developing brain of a newborn.

During the first few months, babies’ brains are developing connections at a rate of roughly a million synapses a second. These connections are thought to play a key role in helping babies learn to make sense of the world around them, setting crucial foundations for the rest of their life.Read the full story.

This story is from The Checkup, a weekly newsletter by our senior reporter Jessica Hamzelou which gives you the low-down on all things biomedicine and biotechnology. sign up to receive it in your inbox every Thursday.

I’ve combed the internet to find you today’s most fun/important/scary/fascinating stories about technology.

1 Covid data is starting to disappear in China
It’s about to enter its deadliest phase of the pandemic. How deadly? We won’t know. (FT$)
+A letter from Foxconn’s founder may have helped to persuade China’s leaders to abandon zero-covid.(WSJ$)
+The policy pivot has been met with relief—but also worry and confusion.(NYT$)
+Here’s what scientists have to say about it.(Nature)

2 AI selfies are everywhere
You can thank the app Lensa, and the fact people can’t resist sharing how sexy it makes them look. (WP$)
+However, it generates troublingly NSFW images. Even when the photo is of a child.(Wired$)
+AI is getting better and better at producing convincing text too.(Vox)
+Can you tell a real tweet from one written by an AI?(WSJ$)

3 Americans are flocking to climate danger zones
Migration patterns are mostly away from safer areas, towards hotter, drier regions with more wildfires. (Wired$)
+These three charts show who is most to blame for climate change.(MIT Technology Review)

4 A lawsuit claims women were targeted for Twitter layoffs
In engineering roles, 63% of women lost their jobs compared to 48% of men. (NBC)
+Musk’s plan to encrypt Twitter messages seems to be on hold.(Forbes)
+Twitter is planning to change the cost of ‘Twitter Blue’ after a spat with Apple.(The Information$)
+Elon Musk is openly courting a far-right, conspiracy obsessed fan base.(Wired$)

5 CoinDesk’s FTX scoop shot its own parent company in the foot
Ownership structures in crypto are complex—and in this case, a bit too cozy for comfort. (The Verge)
+Crypto execs exchanged frantic texts as FTX collapsed.(NYT$)

6 Exhausted by the internet? You’re not alone.
It’s beginning to feel like a dying mall full of stores you don’t want to visit. (New Yorker$)
+Amazon is launching a TikTok clone. Yes, Amazon.(WP$)

7 The hype around esports is fading
A wider economic downturn is causing sponsors and investors to flee. (Bloomberg $)
+ The FTC is trying to block Microsoft’s $69 billion acquisition of video game giant Activision Blizzard. (Vox)

8 What causes Alzheimer’s?
A stream of recent findings suggest that it’s more complex than the build-up of amyloid plaques. (Quanta)
+ The miracle molecule that could treat brain injuries and boost your fading memory. (MIT Technology Review)

9 The global spyware industry has spiraled out of control
And the US is playing both arsonist and firefighter, adopting the very same tools it condemns. (NYT $)
+ It’s hard to control spyware technology when it’s in such high demand from governments around the world. (MIT Technology Review)

10 Xiaomi taught a robot to play the drums
Professional musicians can rest easy for now though, if the demo clip is anything to go by. (IEEE Spectrum)

Quote of the day

“Globalization is almost dead. Free trade is almost dead. And a lot of people still wish they would come back, but I really don’t think that it will be back for a while.”

—Morris Chang, founder of Taiwanese chip giant TSMC, made some blunt remarks about geopolitics at the launch of a new plant in Arizona this week, Nikkei Asia reports.

The future of urban housing is energy-efficient refrigerators

The aging apartments under the purview of the New York City Housing Authority don’t scream innovation. The largest landlord in the city, housing nearly 1 in 16 New Yorkers, NYCHA has seen its buildings literally crumble after decades of deferred maintenance and poor stewardship. It would require an estimated $40 billion or more, at least $180,000 per unit, to return the buildings to a state of good repair.

Despite the scale of the challenge, NYCHA is hoping to fix them. It has launched a Clean Heat for All Challenge which asks manufacturers to develop low-cost, easy-to-install heat-pump technologies for building retrofits. The stakes for the agency , the winning company, and for society itself could be huge—and good for the planet.

After all, it’s far more sustainable to retrofit existing buildings than to tear them down and build new ones.Read the full story.

We can still have nice things

A place for comfort, fun and distraction in these weird times. (Got any ideas? Drop me a line or tweet ’em at me.)

+ this Photoshop comics about replacing the sky is really lovely.
+ Santa Claus, Father Christmas, Saint Nicholas: whatever you call him, he’s got a long and illustrious history.
+ How to nail dressing smartly, yet casually.
+ Cowboy butteranyone?

Biden’s SOTU: Data Privacy Is Now a Must-Hit US State of the Union Topic

ChatGPT Has Been Sucked Into India’s Culture Wars