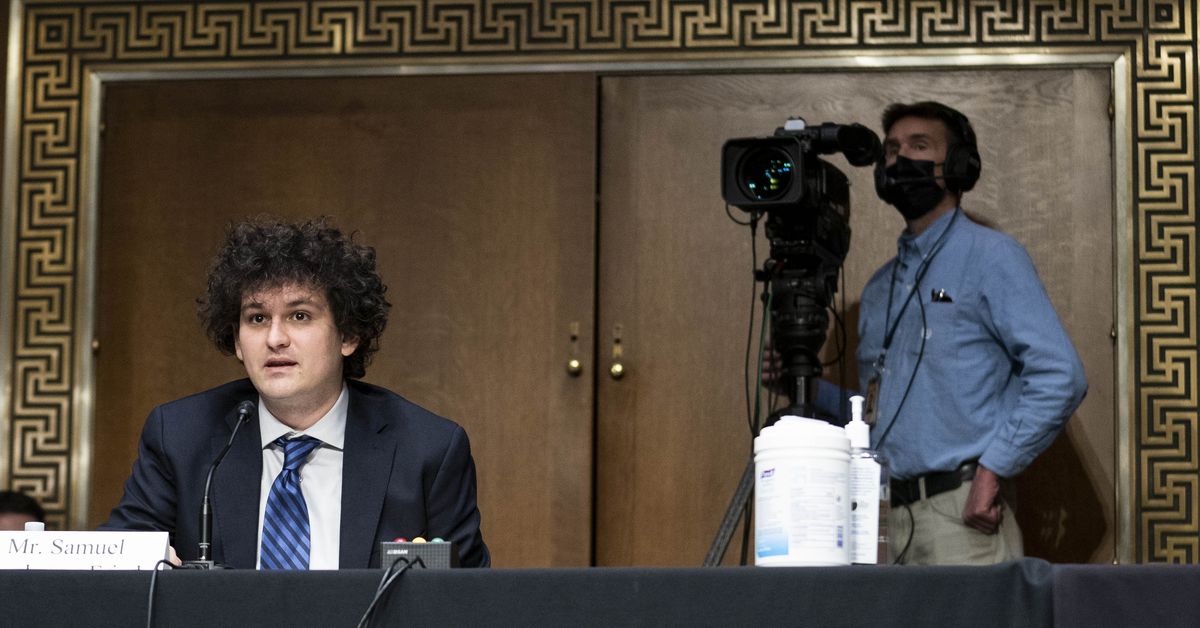 Right now, we have far more questions than answers about what went down with FTX, the cryptocurrency exchange that collapsed last week. Will account holders get their money back? Will Sam Bankman-Fried, also known as SBF, face criminal charges? What will happen to everyone who accepted his donations? the beginning of the end for crypto?

And then there’s the question right in front of us: How did this happen, and how do we make sure it doesn’t happen again? Answering that question is complicated since many of the initial investigations into Bankman-Fried, his trading firm Alameda Research , and FTX have only just begun. Still, what’s already come out has reinvigorated calls for regulating an industry that has long marketed its lack of regulation as one of its key features.

Those calls are now growing louder, and everyone seems to agree that something needs to be done about crypto regulation. But there doesn’t seem to be any consensus about what that something should be. FTX, meanwhile, has already filed for bankruptcythough liquidators in the Bahamas said on Wednesday that they rejected the “validity” of the proceedings.

“The FTX bankruptcy is both devastating and alarming, but at the same time, not surprising,” Sen. Cynthia Lummis (R-WY), who earlier this year co-authored a crypto bill with Sen. Kirsten Gillibrand (D-NY), told Recode. “The bottom line is that we need comprehensive regulation in place to weed out the bad actors and ensure consumers have faith in the institutions they are trusting with their hard-earned money. “

While the FTX collapse has not taken the stock market down with it, other crypto platforms are certainly feeling the ripple effects, and leaders in Washington are seizing the moment to call for more, or better, regulation of crypto overall. Sen. Elizabeth Warren ( D-MA) tweeted on Friday that FTX’s collapse demonstrated the need for “stronger rules.” On the flip side, crypto proponent Rep. Jake Auchincloss (D-MA) said some of the proposals Congress is already weighing should remain in consideration. US Treasury Secretary Janet Yellen said That the collapse of FTX was evidence that crypto platforms need better protections for customers, while Securities and Exchange Commission chair Gary Gensler accused That much of the broader crypto industry is “non-compliant” with existing regulations.

some blame Investors for not investigating FTX more closely before giving the company billions. Many members of the crypto industry, however, have spoke out about their frustrations with the government’s current approach. Many are mad at the SEC — and Gensler, in particular. Rep. Tom Emmer (R-MN), who co-leads the Congressional Blockchain Caucus, accused the SEC of assisting FTX and Bankman-Fried in an attempt to establish a monopoly, and Coinbase CEO Brian Armstrong blamed the commission for not establishing regulatory clarity. Some crypto skeptics also think the SEC dropped the ball, basically.

“The FTX collapse absolutely was a failure on the part of financial regulators,” said Stephen Diehl, a software engineer and prominent critic of the crypto industry. “Financial markets need a cop on the beat, and currently, the crypto market does not have one.”

FTX isn’t the first financial institution to fall into ruin amid fraud allegationsand what ultimately went down with FTX may not be clear for some time. Still, experts told Recode that the legal gray area in which crypto operates does seem to make this outcome more likely. Crypto exchanges are not regulated like banks or even brokerage firms. While this lack of oversight made crypto a much more speculative investment — and to some investors, more appealing — it also made FTX a riskier place to store assets. Crypto accounts don’t have federal deposit insurance.

“It isn’t necessarily possible that this fraud would have represented the same way if it had been a more traditionally regulated entity,” said Rohan Grey, a law professor at Willamette University who has advised Rep. Rashida Tlaib (D-MI). “But the actual fraud itself … Stealing customers’ money is a tale as old as time.”

The SEC and the Commodity Futures Trading Commission (CFTC), which regulates US derivatives, along with the Manhattan US attorney general’s office and the Department of Justice, are now investigating FTX’s implosion. While the company is technically based on In the Bahamas, the exchange may have enough links to the United States to make a case. Some have said that a potential conviction could hinge on evidence that Bankman-Fried intended to commit fraud, while other legal experts have suggested that moving customers’ funds to support Alameda violated FTX’s terms of service agreementInvestigators may also focus on FTX US, the more regulated US-based side of FTX’s business, since it should have had more insight, at least in theory.

Christine Parlor, a finance professor at Berkeley’s Haas School of Business, explained that FTX US had an “alphabet soup of licenses,” and that some of its trading falls under the supervision of the CFTC. “What was clearly missing was an overview of the whole picture — the fact that funds were not ring-fenced,” she said.

It’s not clear where the conversation around regulation will go next. The House Financial Services Committee has announced that it will hold a hearing about FTX in December, and another hearing will be held by the Senate Banking Committee. Still, there’s little agreement on what the best legislation might be. The Senate Agriculture Committee delayed the markup of a bipartisan crypto proposal that was favored by FTX and Bankman-Fried. In a Twitter DM interview with Vox’s Kelsey Piper this weekBankman-Fried said, “fuck regulators.”

Some have suggested that the solution isn’t necessarily to pass new lawsbut rather to fund and hire more people to enforce the laws we already have. Gray suggested that, in addition to new laws to rein in the crypto industry and regulate stablecoins, the government must also look at legislation that supports initiatives like public banking. Xuan-Thao Nguyen, the director of the Asian Law Center at the University of Washington’s law school, told Recode that part of the solution should include considering regulations that would require crypto losses and gains to be reported at their fair value, as well as protections for crypto custodial accounts similar to those that come with stock accounts operated by brokerage firms.

Part of the challenge, of course, will be navigating the broader crypto industry, which is spending a lot of time and money to push for the legislation that it wants. (Until very recently, Bankman-Fried was trying to do this himself.) In the meantime, debates over which federal agencies should take the lead in regulating crypto, and in particular, tensions between the SEC and the Commodity Futures Trading Commission, will almost certainly continue. In March, President Joe Biden signed an executive order that set in motion a broad effort to regulate cryptocurrencies. While this move was largely celebrated by the crypto industry — the price of bitcoin went up — it’s not yet clear if the collapse of FTX will change its approach to creating new rules. Of course, regulators in other countries are also getting involved.

“How was Bernie Madoff legally allowed to happen? It wasn’t. Bernie Madoff acted illegally for a long time and no one caught it,” remarked Aaron Klein, a senior economic studies fellow at the Brookings Institution. “There’s a natural subcurrent to say, ‘Wow, this is really bad. We should have had more regulation to stop it.’ And you’d probably go, ‘You can’t regulate honesty.’”

Pliocene-Like Monsoons Are Returning to the American Southwest

How chemists are tackling the plastics problem

What Shanghai protesters want and fear