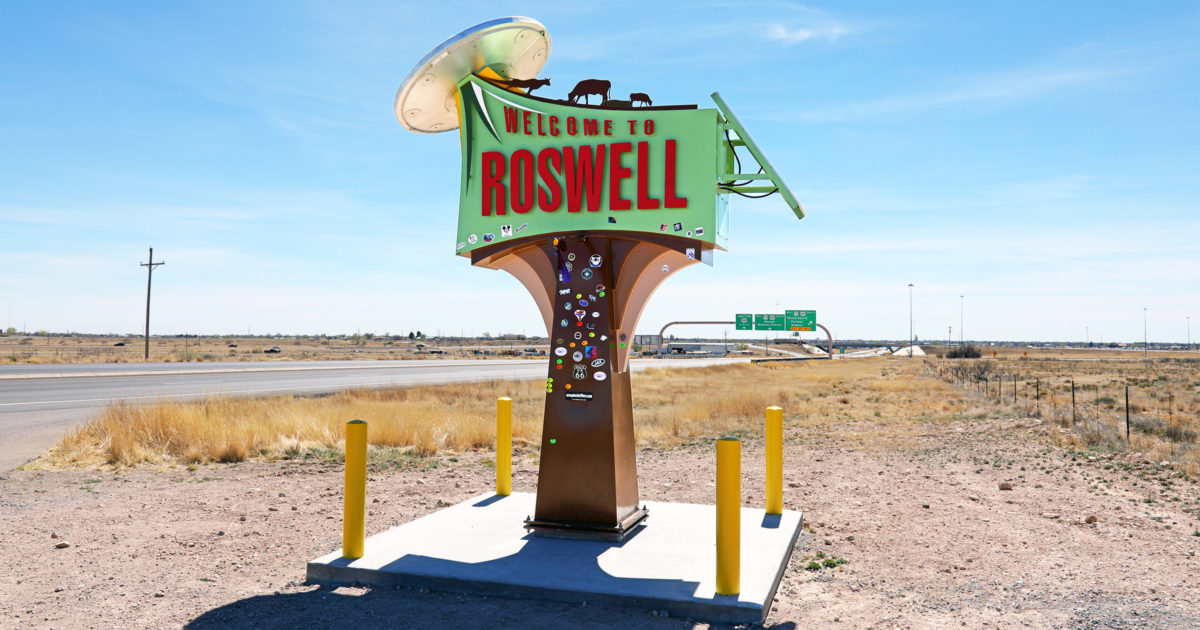 Melinda Snodgrass is the novelist and screenwriter best known for her classic Star Trek: The Next Generation script “The Measure of a Man.” Her latest novel, Lucifer’s Warpits an unlikely band of heroes against a horde of Lovecraftian monsters that have been spreading fear and ignorance throughout human history.

“It’s unbelievable now, the kind of nonsense people are accepting, that’s being pushed on them by social media,” Snodgrass says in Episode 529 of the Geek’s Guide to the Galaxy podcast. “I really wanted to make a stand for science and rationality, as opposed to magic and superstition.”

The book is set in Snodgrass’ home state of New Mexico, a place where science and superstition clash in a particularly striking way. “It’s a very weird place, where you have Los Alamos laboratory, Sandia laboratories, high-tech, high-energy centers,” Snodgrass says, “Some of the finest scientific minds in the world come here to lecture and study and commune with each other, and then on the other side you have people who will balance your aura and sell you a crystal to deal with your cancer.”

Snodgrass, who has several TV shows in development, is hopeful that New Mexico can become a powerhouse of fantasy and science fiction filmmaking, as well as novel writing. “I’ve been mentoring writers through the Stagecoach Foundationwhich is one of George’s projects, and we have a lot of talent here, a lot of young talent here,” she says. “We don’t need to set up a writers room in Los Angeles. We can do it here in New Mexico. That’s my ambition and goal.”

Listen to the complete interview with Melinda Snodgrass in Episode 529 of Geek’s Guide to the Galaxy (above). And check out some highlights from the discussion below.

My parents moved here when I was five months old, so I can’t quite claim I’m a native because the natives take that really seriously, but I’m close. I’m real close. No matter where I’ve gone , when I went to school in Austria to study opera, I always came home, and even when I’ve been in LA working—because of my screen work—I always kept my home in New Mexico. This is my base. My roots go deep here. My dad used to warn people, “If you come here, don’t stay any longer than six months because if you do, you’ll never be able to leave.” He had intended to set up a branch of his business for my half-brother to manage, and then we were supposed to move to Honolulu, and at the end of six months my dad said, “I can’t leave this place. I love it.” And so we stayed.

With the older police detective, Weber, I realized as I wrote the books that that was where the love affair was, so I realized when I wanted to rewrite the book, I had to give Weber a [viewpoint]. He didn’t have a viewpoint when I first did the books, but then I realized he was going to become Richard’s love interest and eventually his husband, and I thought, “He better have a viewpoint.” So I put him in as a viewpoint character now in this book, to let him start to grow and develop, so it doesn’t seem to come so much out of nowhere. I’m very grateful for the opportunity to go back and sort of smooth everything out. I mean, in some ways I’m sitting here going, “Maybe we ought to write all of the books of a series before we publish any of them.”

Popping up there have been these what I call “boutique publishers.” They don’t operate quite in the same way as a big New York publisher. I mean, obviously they pick and choose books they’re going to represent, but it’s more of a partnership. My publisher handles having books copyedited, I picked my [cover] artist. I have a wonderful artist, Elizabeth Leggettwho I want to brag on because she’s amazing. … I paid her to do the artwork, but it was a discussion between my publisher—Alexi Vandenberg—Elizabeth, and myself about what kind of covers we wanted, how we wanted to do that . But they handle layout, they’re responsible for getting it up on all the platforms, and Alexi handles a lot of the marketing—like figuring out when he wants to run an ad and when he wants to put things on sale.

It’s a lot of fun. If people are coming out to visit New Mexico, they might want to add the train ride out to Lamy and back, or the sunset train, which just goes out and you look at the sunset and then come back. So that’s happening, and in fact the other show I’m trying to develop will utilize the train, and I have another script that has a lot of trains in it. And believe me, trains are one of the hardest things, trying to work with Amtrak, because they actually have a schedule and so on, so studios just love the fact that George and his partner Bill Banowksy own a train—a private train—because you can shoot without having to work around all these other issues, so it’s pretty cool. I think we’re going to be doing a lot of filming using the train.