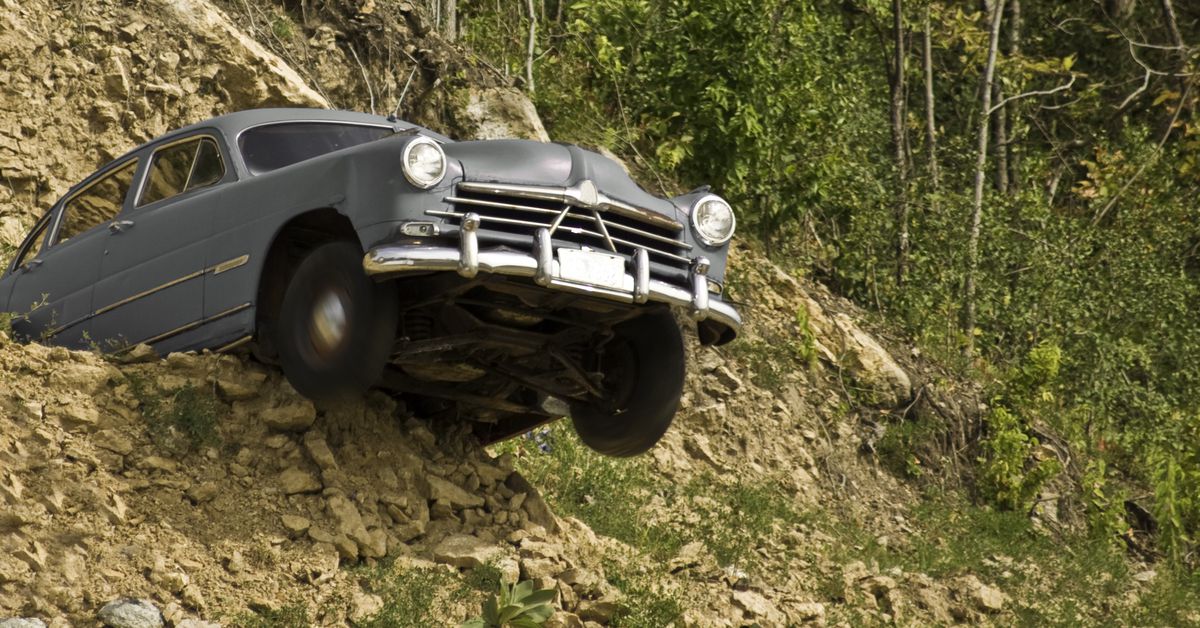 Cars changed the world, and not just by making it easier to get around. These vehicles have shaped everything from how fast we can travel to the way we design cities. But now, more than a century after it was first invented, the car is facing a reckoning.

The key technology behind most passenger vehicles — the fossil fuel-powered internal combustion engine — takes a devastating toll on the environment. Cars account for more than half of transportation’s overall greenhouse gas emissions, emitting tailpipe pollutants that hurt local air quality and contribute to climate change. These vehicles pose an immediate physical threat to the people in or around them, too: Car accidents in the United States kill about as many people as firearms do, and more than a million deaths occur on roadways each year worldwide. With the rise of the car has also come the rise of car-centric infrastructure — infrastructure that’s contributed to racistclassist, and socially isolating urban design choices, all at the expense of investment in public transportation.

Internal combustion engine vehicles remain the dominant way of getting around the US, and they represent the lion’s share of the new cars sold today. Still, there’s evidence that these vehicles may be reaching the end of their road. A new generation of electric vehicles can not only cut down on carbon emissions, they’re also easier to drive and maintain. While EVs make up just 3 percent of new vehicles in the US right now, the government is investing billions of dollars to encourage more people to buy them. These efforts include funding a nationwide charging network and developing an American supply chain for EVs through the Inflation Reduction Act’s revamped EV tax credit. President Joe Biden wants half of the new cars sold in the US to be electric by 2030.

But cars are in the midst of a transformation that goes far beyond EVs, according to Bryan Appleyard, the author of The Car: The Rise and Fall of the Machine That Made the Modern World. The emergence of ride-sharing apps like Uber and Lyft has blurred the lines between owning a car for personal and professional reasons, and has also made it easier to avoid driving a car at all. The percentage of young people getting driver’s licenses has dropped nearly 20 percent since the 1980s, according to Federal Highway Administration data.

At the same time, the advancement of artificial intelligence and computer vision has spurred the development of vehicles that are far more technologically sophisticated than their predecessors. Their next-generation software leaves much more of the driving experience in the hands of tech companies and programmers, and much less in the hands of individual car owners. Eventually, car companies hope to turn these vehicles into AI-powered machines that drive themselves.

“Modern machines are in themselves useless,” Appleyard told Recode. “They have to be connected. There’s no point to a computer that’s not connected now. That connection is not yours — you don’t control it. Cars will be like that. “

As Appleyard sees it, the end of the car as we know it may be on the horizon. This interview has been edited for clarity and length.

When the car first arrived, it was competing with the horse and carriage. Now, it’s essentially a computer that happens to have wheels. What’s next for the car?

The car began as a curiosity. People were astonished by it — and afraid of it — and then it gradually became a rich man’s plaything. The turning point was the Ford Model T, which became available to almost everybody. It was sold around the world . The next step was taken by General Motors and Alfred Sloan, who turned the car into a consumer object. What’s happened since is that the car just became almost not noticeable. It just became so part of the environment, where we just assumed lots of people had cars, they would get around in them, and that was that.

I suspect that with the billions and possibly trillions of dollars going into self-driving cars in Silicon Valley, cars have basically moved from Detroit to Silicon Valley. They’ll come up with something eventually, although it’s proving more difficult than they thought. With the success of ride-hailing companies like Uber, we’re moving to a world in which the pleasure of the car itself and the internal combustion engine are going to be left behind.

The vehicles of the future are going to be electric, but EVs themselves are just as old as international combustion vehicles. Why didn’t they take off when they were first invented?

There was no certainty that the internal combustion engine was going to win. There were steam cars and steam buses and so on, and there were electric cars. In 1900, only 20 percent of the 5,000 cars in the US were powered by petrol. The The rest were electric or steam-powered.

One of the things about steam cars is that they’re incredibly quick. One in Florida hit 127.7 miles an hour, which was unthinkable at the time. No petrol car came close to it. People were at home with steam because they were used to trains.

The electric car was more tricky. In marketing terms, it was marketed to women because it was seen as a more simple car, and women were regarded as simple creatures in those days. It was very rudimentary. It turned on a switch and it went , but they didn’t have the battery technologies that we have today, so the range was rather pathetic.

Your book explains that when the car first showed up, it was seen as a luxury item. Then, it became more commonplace as manufacturing scaled up and prices came down. How is that story playing out with EVs?

The Nissan LEAF was Nissan’s guess of what an electric car should be. The guess was: It would be a small city car. It was a very successful car and very well made, but it was boring. Nobody’s gonna get a thrill out of driving in this LEAF. The genius of Elon Musk was that he saw that what would really launch the electric car was a really fast, exciting car. Musk successfully spotted that electric cars should not be boring and slow — that’s it.

The EV1 that GM produced in the 1990s was a gem. Everybody loved it. It was a pure electric car, easy to drive, and it was perfect for going around town and so on. It was a remarkable achievement, and they did it because they thought it was the right thing to do. And then they changed their minds. They’d only leased the cars to people — they hadn’t sold them — so when they ended the leases, the owners were required to get them back. So the very good EV that General Motors made before everybody else just ended. They sort of dropped out of the race, and it was a fatal mistake.

Now that EVs are going mainstream, what do you think will happen to all the infrastructure that was built to cater to the internal combustion vehicle?

The beauty of the internal combustion engine — that sort of electromechanical magic of the internal combustion engine — requires super-refined engineering. An electric motor is just an electric motor. It will destroy jobs, both in manufacturing and services because they don’t need much servicing. I suspect that the removal of petrol from the picture will also change things fundamentally. It will change the way the industry works, but also change the way the customer end of it works.

As you said, the automotive industry is shifting from Detroit to Silicon Valley and taking jobs with it. What are the consequences of that?

Silicon Valley has taken over now. So why are they doing this? They’re doing this to grab another source of information, which is where you’re driving, how you’re driving, what you’re doing while you’re driving . Everybody says at the moment, though, they’re not going to make the self-driving car. But they’ll make it, and the question then becomes: How much do you care about your car? How much do you care about driving? People will care for an awfully long time, but will the next generation?

Meanwhile, these ride-hailing services are transforming the world. For the first time ever, both in Britain and America, applications for driver’s licenses from young people are dropping. They don’t care. They don’t want a car. They don ‘t see the point of the expense, so they just hail rides all the time or rent a car for a day.

In the future, will we own the cars that we drive?

If I buy this iPhone, its software is not mine. The software is controlled by the cloud. Just as with Tesla, Elon wants to pick the right thing and drop it into your car without you knowing anything about a piece of software. There’s a problem: Modern machines are in themselves useless. They have to be connected. There’s no point to a computer that’s not connected now. That connection is not yours — you don’t control it. Cars will be like that.

Is this the end of the car, or at least, the car as we know it?

The horse is a magnificent thing and lasted for five or six thousand years as a trade animal. The car is the same thing. It was a wonderful, extraordinary thing. Now we’re finding fault with it. They changed the world more fundamentally than any other technology. Physically, they changed the world.

Bot Hunting Is All About the Vibes