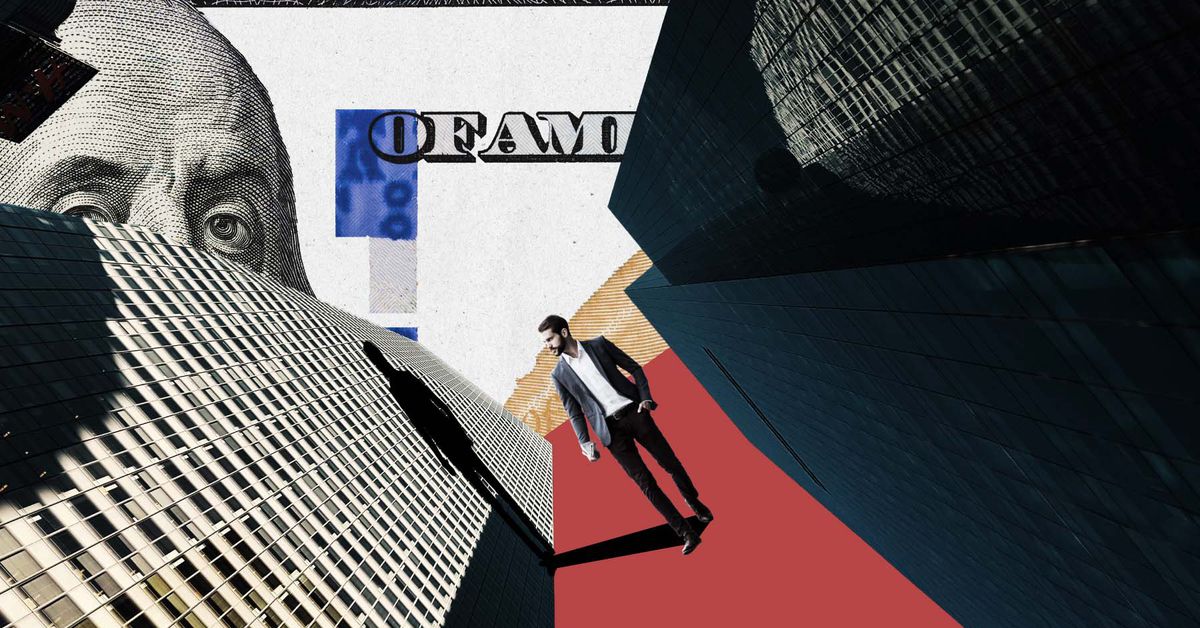 Andrea Pien is a 35-year-old millionaire. A wealth manager once warned her to carefully steward her money, saying that inherited wealth was often squandered away in just a few generations. “But my partner and I aren’t planning on having children ,” Pien said. “What are we hoarding money for? Especially when the world is literally burning.”

So in March 2020, Pien hired Phuong Luong, founder of financial planning firm Just Wealth, to help her redistribute some of her wealth back to society. That means taking some of it out of Wall Street and investing it in ventures that promote human well- being and economic fairness over profits.

Pien is one of a small but growing number of wealthy people seeking a more radical approach to investing. Some call it the seemingly contradictory term “anti-capitalist” investing; others refer to it as “transformative investing.” In general, proponents are going beyond merely disincentivizing unethical behavior in companies. They’re trying to shift more of the balance of financial power into the hands of the working class, transforming an economic system that they believe has unjustly given just a few people control over a majority of the capital . Some investors want to spend down all of their wealth through anti-capitalist investing, while others still want to get a return on their investments but make sure these investments are into ventures they feel promote social justice.

Financial professionals in the space say they’ve seen rising interest in this kind of investing strategy in recent years, and they attribute some of the interest to social justice becoming a bigger priority in the aftermath of the 2020 racial justice reckoning and a deeply unequal pandemic that killed so many Black and brown working-class people.

Another factor fueling this small shift: A lot of money is changing hands in the US right now. Over the next 25 years, American baby boomers will pass on some $68 trillion to their children. It will be the biggest wealth transfer in US history, but the money won’t be handed out evenly. Even more wealth will get concentrated at the top.

Kate Barron-Alicante, a financial adviser and director of impact at wealth management firm Abacus Wealth Partners, who helps some clients with transformative investing, told Recode, “What I’m seeing are more people who are on the other side of that wealth transfer who want to do it differently,” she said.

The yearning is there, but an important question to ask early on is how much of an impact anti-capitalist or transformative investing will have.

“There’s been a huge amount of interest, but also a huge amount of competition and marketing dollars spent by those larger investment firms that are basically looking to make a quick buck,” said Sonia Kowal, president of Zevin Asset Management, an investment management firm that focuses on socially responsible investing. “There’s a lot of impact washing going on.”

Because it’s a relatively new idea, anti-capitalist investing doesn’t yet have a clear-cut definition. Anti-capitalist investments and efforts fall across a spectrum, and not everyone would use the term “anti-capitalist” to refer to them. As Pien told Recode, “I wouldn’t go so far as to describe myself as anti-capitalist because I still participate in this economy. … But I would like a world that’s different from the current capitalist system that we have.”

Making up part of this spectrum is “transformative investing,” whose goal is to transform the “extractive economy” — meaning the system we have now, where finite resources are extracted and only a few people are rewarded with profits — into a “regenerative economy” where capital is spread more equitably and controlled more democratically. It’s a concept popularized by Resource Generationa social justice organization whose members are wealthy young Americans who have made a commitment to redistributing all or most of their money.

Operating at the more radical end of the anti-capitalist investment spectrum is a firm like Chordata Capitalwhich offers an explicitly anti-capitalist approach to wealth management. Some of Chordata’s clients don’t want any return on their investments, and they might work on a plan to spend down their wealth over a period of 20 years.

“Sometimes when we use that language, [anti-capitalist investing]people say it’s a paradox. I think that comes from a place of people believing that there’s no real alternative to capitalism,” said Kate Poole, who leads Chordata with co-founder Tiffany Brown.

Poole advises clients on making investments into cooperative workers, which are businesses that are owned by workers whose profits are shared among them, or community-controlled loan funds, like the one run by the Boston Ujima Projectwhich gives working-class members a vote on which participating businesses in their community should get funding.

However, the financial services industry currently isn’t built for transformative investing. The general principle of investing is to minimize risk and maximize profit by holding different kinds of assets instead of putting all your eggs in one basket. It’s more difficult to maintain asset diversity when you’re avoiding all publicly traded stocks. Financial advisers are also required by law to manage their clients’ investments through custodians, which are often large banks, that safekeep assets. “Many of these firms don’t custody investments outside of Wall Street ,” said Luong. That means investing into a small, community-based business requires investment advisers to do more research and paperwork than when you’re investing in traditional investment vehicles that include many publicly traded companies.

It can also be a challenge to find worthy non-Wall Street options that align with transitioning to a regenerative, more equal economy. Kelly Cahill, a 34-year-old Resource Generation member, told Recode, “I liked the idea of ​​moving my money to community-based investments instead of the stock market, but … where do I put it?” While an increasing number of retirement funds — which are the most common way that most Americans hold stocks — are offering socially responsible investment options, unless you can hire a financial adviser, it’s unlikely you’ll have the knowledge and access to do community-based investing.

Cahill, who received a significant settlement due to an accident, initially followed common financial advice and put half of her money into the stock market. “I ignored it for a year,” she recalled. “And then when I finally did look at it , I was just blown away by how much it grew in that time.” She realized she didn’t need all of it, so she joined Resource Generation and found a financial adviser who could help her redistribute a third of it into community-based investments.

Resource Generation offers a database of financial professionals and firms qualified to help people with transformative investing. For now, the list is still small, with fewer than 30 investment firms able to provide at least some off-Wall Street investment options and transformative investing support. But Nadav David, an organizer at Resource Generation who helped create the database, told Recode there’s been an uptick in interest.

“Within the last several years, I’ve definitely seen much more conversation about actually fully divesting from Wall Street and from public markets, and more in communities,” he said. Meanwhile, Resource Generation’s membership has grown. According to the organization, at the end of 2019, it had 702 members; by the end of 2021, it had 1,155.

“We’re interested in ending inheritance as we know it, and being the last generation of people to be able to accumulate wealth in this way,” David said.

As transformative investing grows, even if it remains a niche part of the financial market, emphasizing how it’s different from other kinds of ethical investing will become even more important, especially if it wants to avoid the haziness that surrounds socially responsible investing. As of now , the latter is vastly more popular. In 2020, almost 36 percent of professionally managed assets globally were classified as socially responsible investments. Within this category, environmental, social, and corporate governance (ESG) integration was the most popular strategy — a little over $25 trillion in assets used ESG integration in 2020. This includes factoring in a company’s carbon footprint or how well it treats employees when calculating the risk or return on an investment, because such factors could impact the financial performance of the business. ESG doesn’t necessarily prioritize social values ​​over financial performance.

In comparison, only $352 billion went toward impact or community investing. Still, that $352 billion is a 42 percent increase since 2016. It speaks to the growing appetite for alternative investment strategies beyond the surface-level impact washing often associated with ESG investing.

While no one seems to be under the illusion that radical investing alone will solve the problem of wealth inequality, the emergence of this trend suggests that the next several decades may be transformative for the financial services industry. For a small number of wealthy young Americans coming into inheritances, it isn’t enough to donate to a few charitable causes — one of the loudest critiques of big philanthropy is that it lacks transparency and is undemocratic. They’ve recognized a need to move beyond feeling guilty about their own privilege and the profound inequality that exists in the world. They’re attempting to alter the power imbalance in the relationship they have with others , and feel as though they’re part of a community that’s not just connected by wealth.

Pien recalls her late father’s advice on how to manage money. “He said, ‘Listen, Andrea, I know you like to redistribute money, but know that you need to have at least $13 million to be absolutely secure,’ which I thought was absurd,” she said. “Part of why I want to participate in this movement of redistribution is that my dad worked really, really hard — and was really isolated. He didn’t have a lot of close friends.”

“I want the future to look like everyone having a little bit more than enough,” Pien continued. “Everyone being able to feel affirmed in their identities and feel connected to their communities around them — not isolated.”

How Landsat Chronicled 50 Years on a Changing, Fiery Planet

Climate Change Breaks Plant Immune Systems. Can They Be Rebooted?

We need to draw down carbon—not just stop emitting it

No power, no fans, no AC: The villagers fighting to survive India’s deadly heatwaves