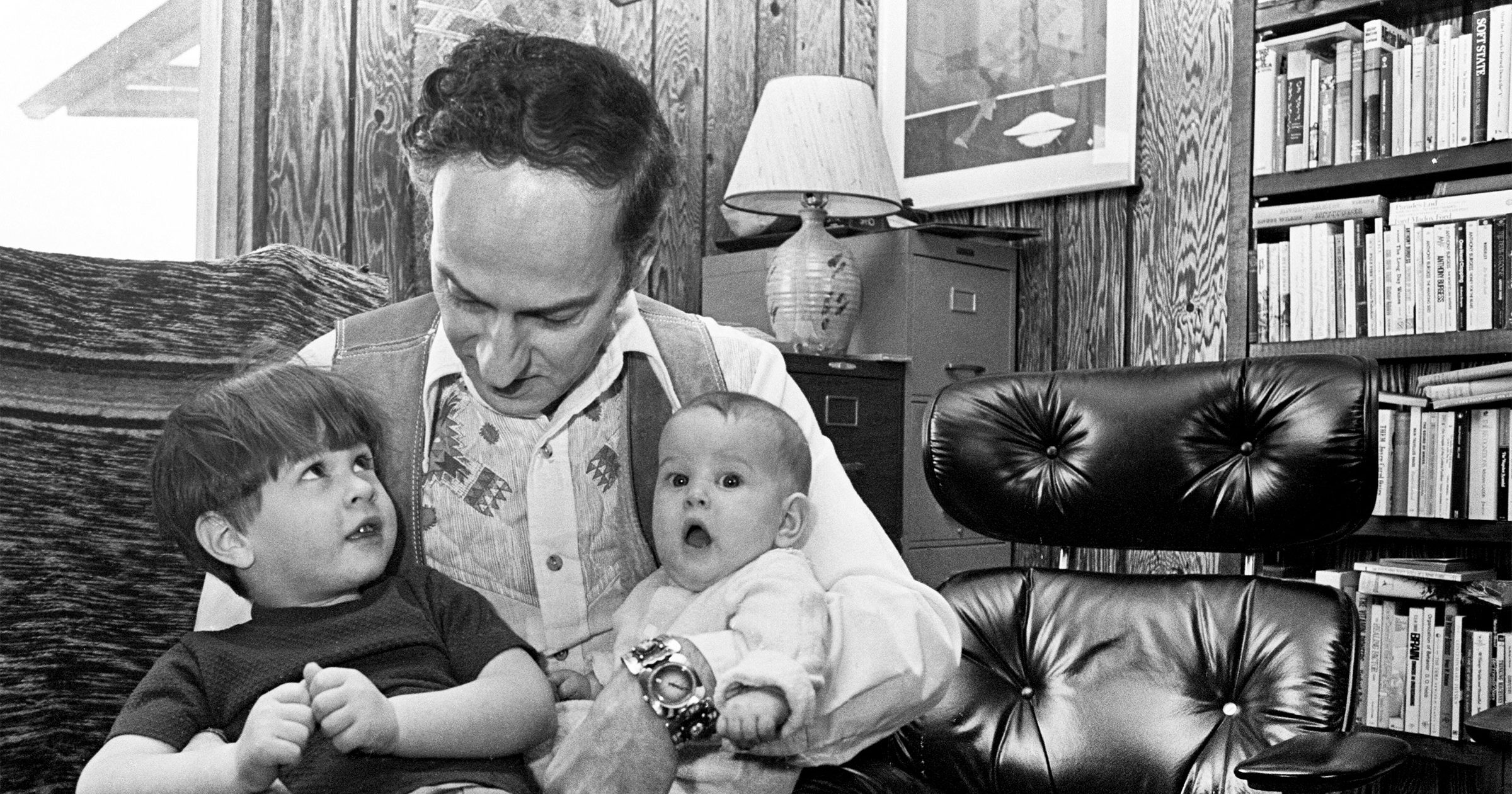 Roger Zelazny, author of novels such as Lord of Light and A Night in the Lonesome Octoberwas one of science fiction’s most treasured voices. Sci-fi author and editor Warren Lapine credits Zelazny’s books with rescuing him from the life of a juvenile delinquent.

“Roger Zelazny is a writer’s writer,” Lapine says in Episode 534 of the Geek’s Guide to the Galaxy podcast. “He makes people want to write. You read what he’s doing, and you can tell he’s having so much fun, you’re like, ‘I’ve got to be able to do that.’ And so I immediately wanted to become a writer. Well, you don’t drop out of school and learn how to write, so I was suddenly a straight-A student, and I went to college, and I had a whole different life than I ever would have had, had it not been for Roger Zelazny.”

Lapine’s latest project is Immer, Zlazwhich collects hundreds of letters that Zelazny wrote to his best friend Carl Yoke. Zelazny was a private person who rarely spoke about his opinions or personal life, and his letters offer a rare glimpse into his thought process. ,” Lapine says. “If you want to know who Roger Zelazny was, these letters do that for you.”

Zelazny’s early work was showered with praise, but critics were less enthused with his later output, such as the popular 10-volume Amber series. But Lapine says that critics are off base when they dismiss Amber as lightweight, commercial writing. “Most of the critics in science fiction don’t even have a degree in English lit, and so they haven’t even got a clue,” Lapine says. “All the stuff that’s going on in Amberthe levels and the number of literary allusions in there is absolutely gobsmacking. There’s almost a literary allusion on every single page. But if you haven’t read all that stuff, you’re not going to catch it. If you haven’t Read any of the Jacobean plays, you’re going to miss all those.”

In recent years Lapine has worked closely with the Zelazny estate to bring many of Zelazny’s older titles back into print. He believes strongly that all of the author’s dozens of books are worth reading. “Even his most slight book is better than a lot of writers ‘ best books,” Lapine says. “I know we’ll have other people who will be able to show just as much virtuosity, but it hasn’t happened yet in my lifetime—before or since his passing. There’s just nothing like reading Zelazny.”

Listen to the complete interview with Warren Lapine in Episode 534 of Geek’s Guide to the Galaxy (above). And check out some highlights from the discussion below.

I’m interviewing Roger, and I’ve got the tape there, and at some points he’s sitting in the chair upside down, with his head hanging where people’s feet would be, talking in the direction of the microphone of the tape recorder, and he’s spinning around in the chair. At one point he’s standing on top of the chair, talking down to it, and then he’s standing on the top of the back of the chair. He was in constant motion, just kind of twirling around in the chair, up and down and around. I’ve never had anyone I’ve interviewed be anything like that. It was fascinating. And he never broke a chain of thought. He was really focused, really good at answering interview questions. was surreal.

[Zelazny] showed the chunk that he had written to Philip K. Dickand Dick got unblocked and immediately wrote the next chapter and sent it to Roger, and then Roger read it, and then he’d write a chapter and send it back to Philip K. Dick. And what’s really interesting for me in those letters is you can see that when the letters start, Philip K. Dick is in a horrible place. He has no money, no prospects, nothing’s going right for him. And in the last letter, he’s talking about how [Do Androids Dream of Electric Sheep?] is doing wonderfully. The money is coming in, and this book sold better than anything he’d ever written before. Philip K. Dick was just in so much of a different and better place than he had been when they were writing to each other during the very early days with the book.

Reading [Immer, Zlaz] today, a modern reader will think that Roger is dropping George RR Martin’s name all over the damn place. But what they won’t realize is that [George] hadn’t written A Game of Thrones yet, and he wasn’t half as well known as Roger. So [Roger] was just talking about his friend. It may feel like he’s dropping the name of the most famous fantasy author in the world, but he wasn’t. … I remember when I first met George, and people would be like, “Who’s George RR Martin?” I’d be like, “Oh, he wrote Fevre Dream.” That was his best-selling novel, a New York Times best-selling vampire novel. That’s what he was known for. I remember hanging out with him at conventions, and there was nobody around but a couple of us. Now you couldn’t get close to him at a convention.

Warren Lapine on Zelazny versus the critics:

Some people are like, “It’s like he had all these magic tricks, and he just kept putting them back in his bag.” And I’m like, “Well, how many times do you want to watch him pull a rabbit out of the hat?” I mean, if he’s pulling the same rabbit out of the same hat, when does it stop being a trick? He was doing all these tricks, and doing all these things he wanted to see about, and I’ve never Quite understood why—once he was finished trying all those experiments that he was after—that they thought he should keep experimenting on stuff that didn’t have any interest for him. They all wanted him to keep being this dazzling writer who went places no one had ever gone. And he was just like, “But I was done with that now. I knew where the edges were.”