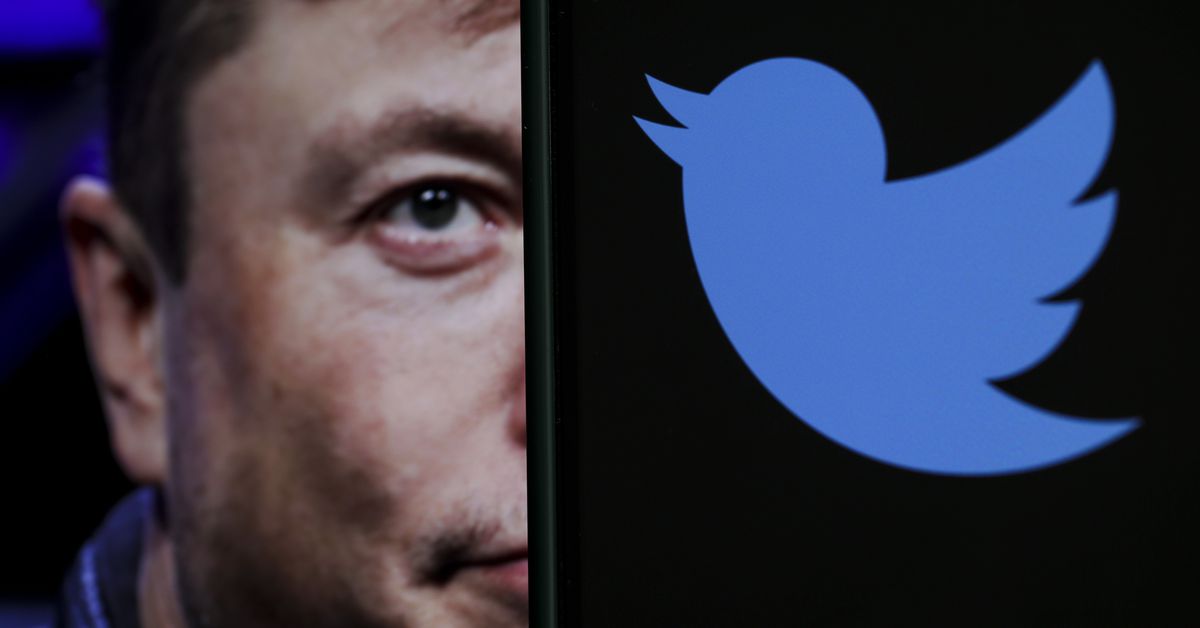 Since the launch of the so-called “Twitter Files” — Elon Musk’s self-styled exposé of the alleged excesses of the “woke” managers of Twitter before he bought it — there’s been a lively debate over what exactly Musk is trying to accomplish.

His statements clearly indicate that he sees himself as being engaged in some kind of culture war — “The woke mind virus is either defeated or nothing else matters,” as he tweeted on Monday morning. But what does the highly public censure of Twitter’s previous management team have to do with fighting the “woke mind virus”?

To understand how Musk sees the connection, it’s helpful to look at a recent tweet from Antonio García Martíneza writer who’s very plugged into the world of right-leaning Silicon Valley founders. García Martínez describes a project that looks something like reverse class warfare: the revenge of the capitalist class against uppity woke managers at their companies.

“What Elon is doing is a revolt by entrepreneurial capital against the professional-managerial class regime that otherwise everywhere dominates (including and especially large tech companies),” García Martínez writes.

On the face of it, this seems absurd: Why would billionaires who own entire companies need to “revolt” against anything, let alone their own employees? To explain, García Martínez cites a book by conservative political theorist James Burnham: The Managerial Revolution: What Is Happening in the World.

Published in 1941, Burnham’s book predicted that capitalism had reached a terminal stage; the capitalist class’s power would soon decline, giving way to the rise of the “managerial class” — people who direct industry and the complex operations of the state. His examples of this new state were Nazi Germany and Soviet Russia, which Burnham believed to be rooted in a more efficient economic model than liberal capitalism. For this reason, he predicted a Nazi victory in World War II was all but inevitable.

Burnham’s predictions were wildly wrong, in ways that should cast significant doubt on the viability of his entire theory of “the managerial revolution.” But his conceptualization of an unaccountable managerial class has nonetheless been extremely influential in the right-leaning the world broader conservative intellectual firmament.

Marc Andreessen, a leading tech venture capitalist, called Burnham’s work “the best explanation for the current structure of our society and politics.” Julius Kreina leading conservative policy intellectual, wrote that Burnham was “enjoying something of a revival” because “David Brooks, Ross Douthatand Matthew Continettiamong others, have recently pointed to his work as essential to understanding the current political moment.”

So, while Burnham’s work got some big things wrong, it’s still worth taking seriously. In many ways, he’s the progenitor of the right’s current cultural obsessions with so-called “woke managers” — and the godfather of the approach to politics that Musk has spent $44 billion advancing.

Who is James Burnham, and what is the managerial revolution?

Burnham, born in 1905, began political life as a Marxist of the Trotskyite persuasion — but would decisively break with this tradition and become a stalwart of the American right. After Burnham’s death in 1987then-President Ronald Reagan said that he was “one of those principally responsible for the great intellectual odyssey of our century — the journey away from totalitarian statism and toward the uplifting doctrines of freedom.”

The Managerial Revolutionone of Burnham’s earliest and most influential works, shows signs of both his youthful Marxism and his later turn toward anti-communist conservatism. It begins with the very Marxist idea that history is, at root, a story of conflicting social groups struggling for over a society’s wealth and means of production.

“It is a historical law, with no apparent exceptions so far known, that all social and economic groups of any size strive to improve their relative position with respect to power and privilege in society,” he writes.

Burnham also concurred with Marxists that the capitalist class would inevitably lose the contemporary iteration of this struggle — but disagreed about who would win it. In his view, the working class was too weak and disorganized to overthrow the capitalists in the way that Marxist theory predicted . Instead, he argued, a new group was rising: the managerial class.

Managers, in Burnham’s definition, are the people responsible for “the tasks of the technical direction and coordination of the process of production.” This does not mean technical experts, like chemists or architects, but the people that direct these technical experts: “operating executives, superintendents, administrative engineers, supervisory technicians; or, in government…administrators, commissioners, bureau heads, and so on.”

The managerial class’s growing strength stems from two elements of the modern economy: its technical complexity and its scope. Because the tasks needed to manage the construction of something like an automobile require very specific technical knowledge, the capitalist class — the factory’s example — can’t do everything on their own. And because these tasks need to be done at scale given the sheer size of a car company’s consumer base, its owners need to employ others to manage the people doing the technical work.

As a result, the capitalists have unintentionally made themselves irrelevant: It is the managers who actually control the means of production. While managers may in theory still be employed by the capitalist class, and thus subject to their orders, this is an unsustainable state of affairs: Eventually, the people who actually control the means of production will seize power from those who have it in name only.

How would this happen? Mainly, through nationalization of major industry.

Given the complexity and scale of modern economic tasks, Burnham argues, it is simply more efficient for the state to take over from individual capitalists. Nazi Germany and the Soviet Union, with their state-directed economies, provided a blueprint that the rest of the The world would soon follow. The United States hadn’t made the leap, but the rise of the administrative state after the New Deal proved it was heading there.

Hence, “the managerial revolution”: the inevitable decline of capitalist democracy and the rise of a new social regime defined by managerial control of the economy using “the unlimited state” as a vehicle.

How James Burnham explains Elon Musk and the right’s obsessions

At first blush, Burnham’s theory is not an especially promising candidate for explaining the world today.

Virtually all of The Managerial Revolution’s major predictions — the coming collapse of capitalism, an Axis victory in World War II, the superior efficiency of state-run enterprises — were all proven wrong. The power of the capitalist class has become more entrenched since the neoliberal revolution of the 1970s and ‘ 80s and attendant skyrocketing inequality. The rise of tech capitalism, with firms founded by individual innovators and technical experts, seems to reveal his theory that capitalists cannot themselves perform technical and management tasks at scale.

Yet Burnham’s early thought has in fact experienced a renaissance of late, including in unexpected quarters: the right-leaning titans of Silicon Valley and allied political thinkers. Why?

The answer, in brief, is the culture war. The right’s new Burnhamites have revived his theory of managers as a distinct social class — the one, in their view, most responsible for imposing the malign ideology of “wokeness” on the American public.

“Woke managers want to impose a new political and social order,” Malcom Kyeyune argues in City Journala publication of the right-wing Manhattan Institute. “Wokeness has accomplished what New Dealism never set out to do in the 1940s: it serves as a comprehensive, flexible, and ruthless ideology that can justify almost any act of institutional subversion and overreach. “

Modern Burnhamites have come to see their most fundamental enemy not so much as the Democratic Party but as a series of institutions that they believe have been fully captured by this ideology: academia, Hollywood, the media, and (for some) Big Tech. institutions make up what Curtis Yarvin, a Silicon Valley entrepreneur and anti-democratic political theoristcalls “the Cathedral”: America’s true power elite, one that uses its cultural hegemony to impose far-left values ​​on everyone else. (Yarvin, not coincidentally, is deeply influenced by Burnham.)

The brute reality of economic inequality creates some difficulty for this theory. In today’s America, the billionaire class has far more power to shape society than random university professors or even most celebrities. Their sheer wealth allows right-wing billionaires Peter like do things, like purchase Twitter or shut down Gawker or bankroll a Senate campaignthat are unthinkable for 99.999 percent of Americans. When these people exist, it seems implausible to describe the Harvard faculty office or Twitter Trust and Safety team as the true loci of social power.

Burnham’s theory helps the modern right square this circle. If power is increasingly moving away from capitalists and toward the managers they employ, then it’s totally coherent for even the wealthiest people in the country to see themselves as victims of a “woke minding virus” infect middle and upper management. This is how you get the odd spectacle of people like Musk deploying alleged censorship perpetrated by their own companies: They see their staff not as subordinates whose conduct is an internal company matter, but as rivals in the struggle for power must be defeated.

“In Burnham’s formulation, this new managerial class would supplant the former business-owning bourgeois and even capital itself as the elite ruling class,” García Martínez writes. “Most woke ‘labor’ scandals in tech are an entitled middle-management class at odds with founders.”

The Burnham of 1941 likely would not have agreed with this analysis. In his view, the managerial revolution could never take place as long as capitalists still owned the corporations where they worked — that the right cannot coherently adopt his theory of a managerial revolution while the underlying material analysis.

“Within capitalist society the power of the managers is… interfered with, limited by the capitalists and by capitalist economic relations,” he writes. “The manager is never secure. He can always be fired by someone or some group of persons possessing capitalist ownership rights.”

The real lesson of Musk’s ownership of Twitter is that this remains true today.

A Looming El Niño Could Dry the Amazon