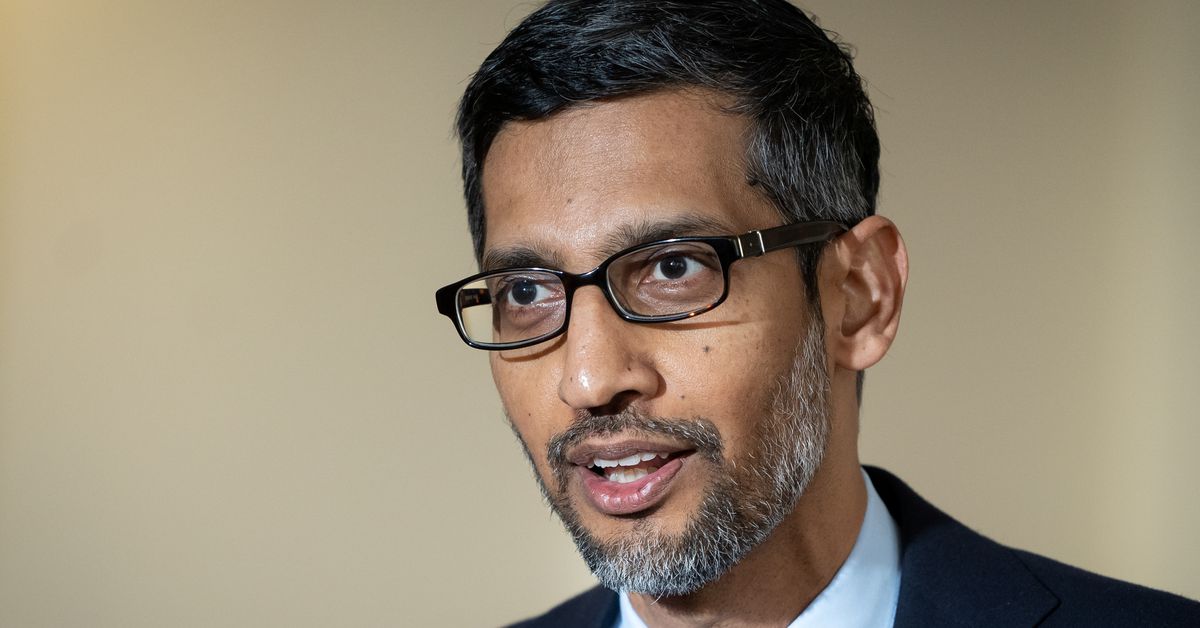 Sundar Pichai is the head of one of the most successful businesses in the world, one that dominates the online advertising market — but he says that doesn’t mean he can rest on his laurels.

At Vox Media’s Code Conference in Beverly Hills, California, Pichai talked about facing a “hyper-intense” market in tech during a period of economic uncertainty. The idea that Google is struggling could also serve as a useful argument at a time when Big Tech critics like Sen. Amy Klobuchar are pushing antitrust legislation that would target the company.

“Competition comes from nowhere,” said Pichai, the CEO of Google as well as its parent company Alphabet, which also owns YouTube. “You know, none of us were talking about TikTok three years ago.”

TikTok, the short-form video platform that has skyrocketed to become one of the world’s most popular apps is just one of the challenges Pichai is facing in the current market.

Alphabet has faced a significant decline in its stock price in the past year as the recent economic slowdown has hit many Big Tech companies’ advertising-based income. In the second quarter of 2022, Alphabet missed its earnings and revenue estimates for the second consecutive quarter.

“I mean, you’re now talking about multiple companies, and there are very good companies like Trade Desk and so on. So it shows how vibrant this market is. It looks nothing like it looked a few years ago,” he said.

This means that Google, one of the biggest employers in tech and a company famous for offering its full-time staff generous benefitsis also tightening its belt.

“I have always held the view that you tend to go wrong by focusing too much on competition,” Pichai said. “Big companies particularly fail because they stumble internally.”

In recent months, the company has initiated a hiring freeze. Pichai has also warned his staff that their productivity and focus need to improve.

“We need to be more entrepreneurial working with greater urgency, sharper focus, and more hunger than we’ve shown on sunnier days,” Pichai told Google staff in an internal memo in July.

When asked how Google can be more productive, Pichai said that “with scale, you can be slower to make decisions.”

Kara Swisher joked onstage with Pichai about how a fictionalized version of Google was depicted on the popular HBO comedy series Silicon Valley“People are just, you know … all up on the roof, resting and vesting,” she said.

How robots and AI are helping develop better batteries