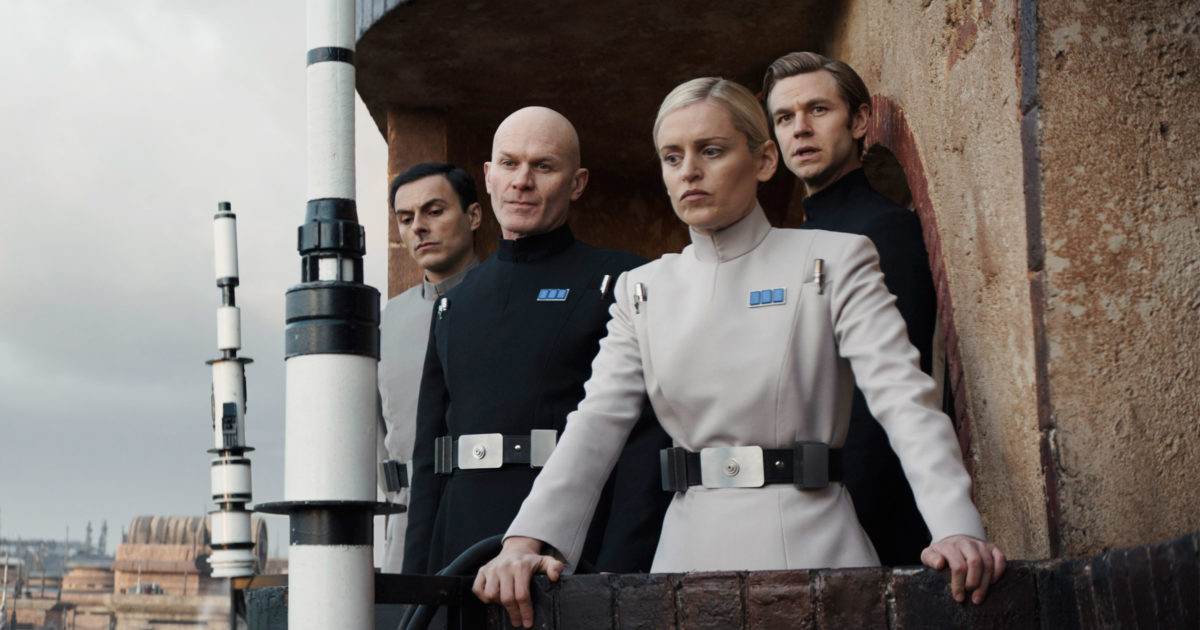 The new Star Wars series Andora prequel to the 2016 film Rogue Oneis a dramatic examination of the early days of the Rebel Alliance. Science fiction author Matt London was impressed by the show’s sophisticated characterization and dialog.

“There’s so much subtext in the dialog of Andorand there’s so much communicated in the silences,” London says in Episode 533 of the Geek’s Guide to the Galaxy podcast. “It’s not passive viewing. I think it takes an active mind to engage. It’s not a kid’s show.”

TV writer Andrea Kail agrees that Andor is a mature, complex piece of storytelling. “In every other Star Wars, there’s black and there’s white,” she says. “There’s no crossover. Everything in this show is about moral ambiguity. It’s about the gray tones in every single situation. And that, for me, is why this is an adult show. Nothing is black and white in the world. Everybody makes choices, and some of those choices hurt other people. That’s the way life is, and that’s the way war is.”

Andor largely eschews many Star Wars staples, such as wacky creatures and funny droids, focusing instead on the realities of power and violence. Fantasy author Erin Lindseywho worked for many years as a UN aid worker, found the show’s depiction of politics to be completely believable. “I think there are clearly people on the writing team who are students of spy novels like [those by] John le Carre and who are students of politics and students of history, who are really looking at how revolution has happened here on Earth and what that looks like,” she says.

Despite its high quality, Andor‘s ratings have lagged behind Star Wars shows like Obi-Wan Kenobi and The Mandalorian. Geek’s Guide to the Galaxy host David Barr Kirtley hopes that Andor will attract a larger audience in season 2. “It’s so good,” he says. “It deserves higher ratings than it’s gotten so far. And I definitely want to see more shows like this. This is the kind of show—especially the kind of Star Wars show—that I’ve been pinning after for all these years. So please let’s all just give it as much support as we can.”

Listen to the complete interview with Matt London, Andrea Kail, and Erin Lindsey in Episode 533 of Geek’s Guide to the Galaxy (above). And check out some highlights from the discussion below.

I hate spunky little girl characters. The thing about Leia is she’s a smart woman, and the child that they portrayed is a spoiled little girl who goes running off because she doesn’t want to do what she has to do, and in the process she gets a whole bunch of people killed. is never addressed. She’s just this cute little girl and everybody’s supposed to love her. I’m sorry. She’s a spoiled child who got a bunch of people killed because she didn’t want to go to something with her parents. … When you have this much money and also a great cast, and then you put as your center character a spoiled child, that makes me crazy.

There was a description I heard once of a deep character, which is that this is a character who can do something that completely surprises you, but it’s completely consistent with everything that you know about them. And [Andor] is full of deep characters. In so many science fiction shows and Star Wars shows, the characters are one-dimensional in the sense that in every scene they have the exact same personality, and you never see them in any moment that’s different from that. But you see these characters in these private, vulnerable moments where you see different but completely consistent sides to them.

What makes a government of any kind work is the technocrats and the apparatchiks and the bureaucrats, and they have a variety of different motivations. And one of the things that they’ve got [in Andor] is these two characters who showcase very clearly the degree to which personal ambition is the sort of be-all and end-all of motivations for these characters. What I hope we see going forward is at least a couple of characters who are doing the wrong things for the right reasons. Because imperialism was overwhelmingly a project that was enacted by a bunch of people who legitimately thought they were doing the right thing.

I think I expected more of a payoff in the final episode. A lot of people are going to be like, “What? There’s so much incredible stuff that happens in the final episode.” It’s true, there is. But I think that there’s messaging in the show that to defeat an empire you of have to become a terrorist, and to defeat an empire people are going to have to die—there are going to be sacrifices. And so I felt like in some ways maybe, in the spirit of realism, the body count should have been higher. … We already know how this story ends, right? Everyone dies in a ball of fire. So why are we holding on to some of these characters? Couldn’t we give them more definitive conclusions?