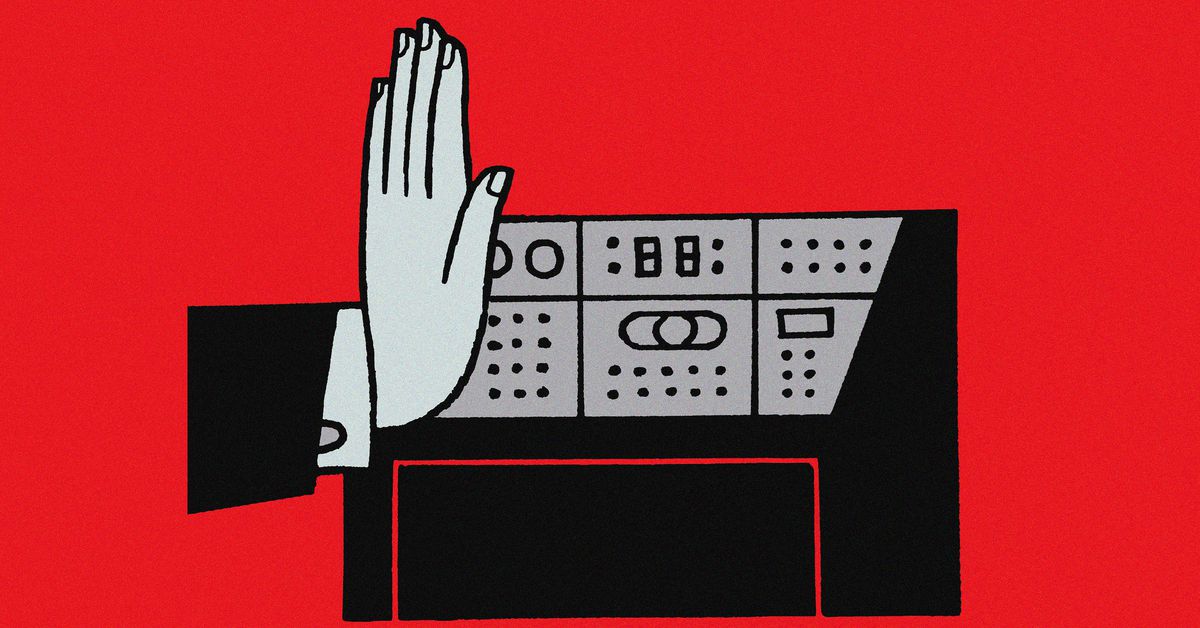 This was not a great year for Big Tech. In 2022, the economy slumped, stocks fell, inflation skyrocketed, and belts tightened. Silicon Valley was one of the hardest-hit places, partly because some of its companies had experienced such explosive and sustained growth for so long that it almost didn’t seem possible for that growth to stop or even slow down. And yet, here we are.

As quarterly earnings calls began to use ominous phrases like “economic headwinds” and business models were upendedtech companies realized it might be time to cut back on a few money-losing projects and initiatives. Some of them were big projects that companies put a lot of resources into, hoping that a few might pay off, and, in Google’s words, “redefine humanity.” With those resources drying up, efforts that might never come close to seeing the light of day became obvious targets for Some of what got cut were much less ambitious products or services that just weren’t profitable and the worsening economy made the runway to get them there much shorter.

And then there’s Meta, which is continuing to invest a huge amount of money into the metaverse — something that may never pay off — because Mark Zuckerberg insists it’s the future of his company and also the internet. But even those funds now have to come from somewhere else in the company.

While the end of certain things probably won’t do much for the future of our planet, the end of some of these humanity-redefining moonshots might be a bigger loss. Then again, none of them, with the possible exception of Waymoever really panned out. At least one of them — an Alphabet project called Mineral that wants to make food production more sustainable — is now being used by a berry grower to examine strawberrieswhich seems like the kind of thing that will help the berry grower and Google more than the rest of us.

Here are a few of the ambitious gambles and more grounded projects that didn’t pay off in 2022:

Meta had some big problems in 2022. The app privacy changes that Apple rolled out in 2021, which allowed users to opt out of being tracked across apps, cost the company billions. Meta relies on some of that data to target ads to you and to be able to tell businesses how those ads performed, thus enabling them to sell more ads for more money.

Meta laid off more than 11,000 employees in November as its stock continued to plummet to historic lows. That reduction also meant saying goodbye to some of its non-metaverse hardware, a division that has never done much for Meta anyway. RIP Portalthe camera Facebook put in your kitchen. Also the smart watch that never got a chance to see the world. Could Meta’s smart sunglasses be next? Also getting cut was the newsletter service Bulletinswhich never caught on like Substack did (Twitter cut its own newsletterRevue, although it’s not clear if the economy is to blame for that or whether Twitter’s new owner, Elon Musk, is). Meta’s experimental product arm is now reportedly shrinking to focus just on short videos (very TikTok!) and it recently shut down its connectivity division, which developed or improved ways to access the internet.

Google and its parent company, Alphabet, fared better than Meta in 2022. But things still weren’t great, and there are rumors that Google is due to some layoffs soon, too. Its famed “moonshot factory,” X, has a track record of flops even in the best of times. One X project, Loon, which tried to use weather balloons to beam internet to remote areas and was shut down in 2021, was spun off into an independent company. Area 120, Google’s incubator where employees got to work on experimental ideas for the company, has been scaled back. The Pixelbook, Google’s attempt to make an expensive Chromebook, has been discontinued.There are big cuts in the Google Assistant team. And Stadia, Google’s cloud gaming service, will be shutting down in January. Google also just pulled out of building a long-planned data center (Meta has also canceled work on data centers).

Amazon has also facing some problems. Layoffs are loomingand its stock price is down 50 percent in 2022 alone. The company is closing up or not going forward with plans to build several warehouse and delivery facilities. There are also product cutbacks, including the reported scaling back of Amazon’s voice assistant Alexawhich costs a lot and doesn’t make much (much like Google Assistant). Glow, a video calling device for children, is done just a year after its debut. Telehealth service Amazon Care will end when 2022 does — though Amazon also spent billions to acquire another primary care and telehealth service, One Medical, this year. The Grand Challenge lab, Amazon’s moonshot-like arm, reportedly shut down three out of five of its projects in October. And Wickr, an end-to-end encrypted messaging app Amazon acquired just last yearwill end its free version at the end of 2023, which will also see the end of cloud storage service drive.

And then there’s Apple and Microsoft. They’ve been around longer and so have more experience with economic downturns, which might be why they’re both faring better than their rivals. Apple’s take on the VR headset is still reportedly on the way in 2023, though the mysterious Apple Car has apparently been scaled back (it won’t be fully autonomous) and delayed another year. That might have more to do with the technology not being there than the economy. Apple is expanding its ad offerings, though, which might be a way to bring in extra revenue at a time when people are cutting back, possibly including on their purchases of Apple devices. As for Microsoft, it had some layoffs in 2022 and seems to be putting its efforts to move back into the consumer market on pause. Its HoloLens VR headset also seems to be having some issues. But the company has been through much worse times and had far more expensive flops over the years.

There are also a few Big Tech-adjacent cuts. Snap, which was particularly hard hit by changes in the advertising industry, discontinued its short-lived selfie drone, Pixy, as its stock tanked and it laid off thousands of employees. Snap is also getting more aggressive about monetizing its AR arm. Kitty Hawk, a Larry Page-backed attempt to create flying cars, made an emergency landing into reality and shut down. Twitter was decimated, but we can safely blame that on other factors.

Some streaming platforms are struggling, too. Netflix, once one of the biggest success stories in the business, is losing subscribers and has had to introduce adswhich was a longtime no-go for the company. Disney+ just rolled out its own lower-priced ad tier while bumping up the price of its ad-free offering. The Warner Media-Discovery merger led to some major changes and cuts. CNN+ was live for less than a monthwhile HBO Max shut down several projects that were in the works and removed Other shows from the platform entirely.

So, yeah, not a great year for Big Tech, Big Tech-adjacent companies, and cool experiments that needed many years and dollars to have a chance of success. The buzzwords that promised to be the future of the industry at the beginning of this year — Web3the metaverse, crypto — have flamed out for now, if not forever. We’re only just seeing the potential of generative AI, an effort that’s led not by a tech giant but by a relatively new company called OpenAI. For all of its money-burning moonshot projects, Big Tech might have missed the boat on its own future. At least until the next big thing comes along.

We’re so close to our goal

We believe that everyone deserves access to clear, factual information that helps them educate themselves on the issues of the day and the things that pique their curiosity. This month we’re aiming to raise 3,000 new gifts in order to keep our 2023 coverage, including everything on Vox.com, free — because we believe everyone deserves the chance to access information that helps them learn about the world.

This year, alone, our generous supporters helped keep over 2,500 articles, 100 videos, and 650 Vox podcasts that have informed and educated millions of people around the world free. We’re 48% to our goal of raising 3,000 new gifts 3 by December . If you value our work, please help us close the gap by making a one-time gift to Vox today.