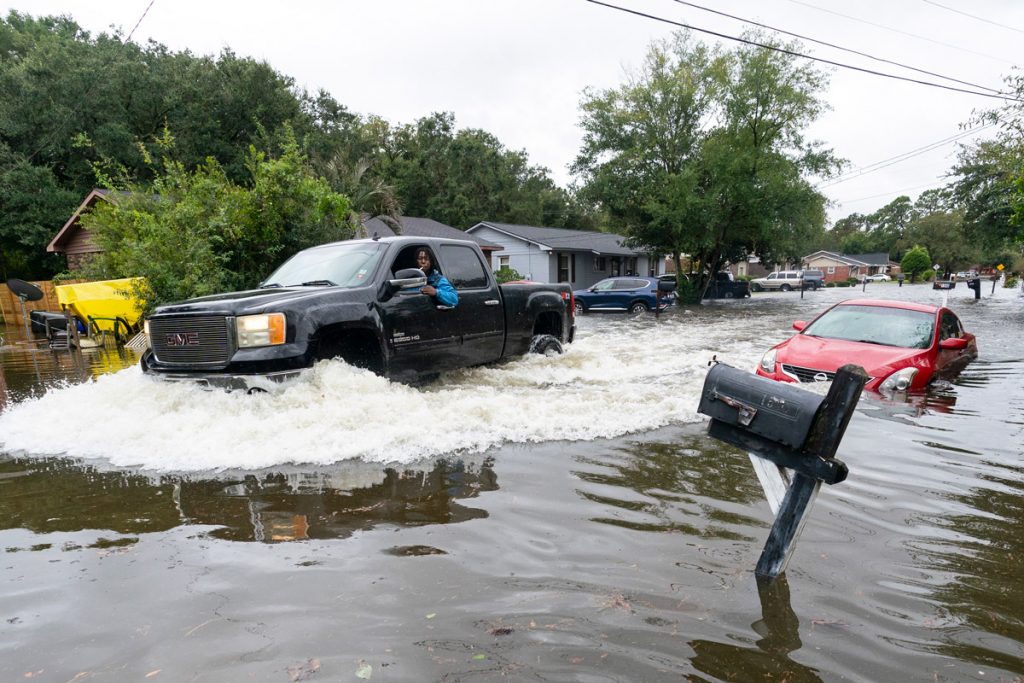 A car drives through high water from the effects from Hurricane Ian, Friday, Sept. 30, 2022, in Charleston, SC Alex Brandon/AP Photo

Besides leaving a path of death and destruction in its wake, Hurricane Ian has another legacy: Catastrophic flooding potentially damaged more than 350,000 vehicles, according to new estimates from Carfax.

Car shoppers need to be aware that these waterlogged vehicles will soon be showing up — in disguise — all over the country. Some shady used car lots (imagine that!) will illegally try to hide these flood-damaged vehicles by obtaining new titles for them , passing them off as pristine.

“Cosmetically these cars might look great, but if you don’t know what to look for, it’s nearly impossible to tell they’re literally rotting from the inside out,” Carfax spokeswoman Emilie Voss said in a press release. “Flood water can cause mechanical, electrical, health and safety issues in a vehicle, even if it was submerged for only a short time.”

Inevitably, thousands and thousands of these cars will be resold to unsuspecting buyers, like the roughly 400,000 flood-damaged cars that Carfax estimates are currently on the road — mostly from other recent hurricanes.

How can you protect yourself if you’re buying a used car? Don’t worry, we’ve got your back.

This isn’t just a problem in southeastern states that typically get hit by hurricanes.

Texas and Florida — hurricane magnets — lead the nation when it comes to the number of flood-damaged cars on the road. But Carfax finds that these vehicles also show up in states where hurricane flooding isn’t exactly an issue.

Carfax’s data shows these 10 states have the most flood-damaged autos: