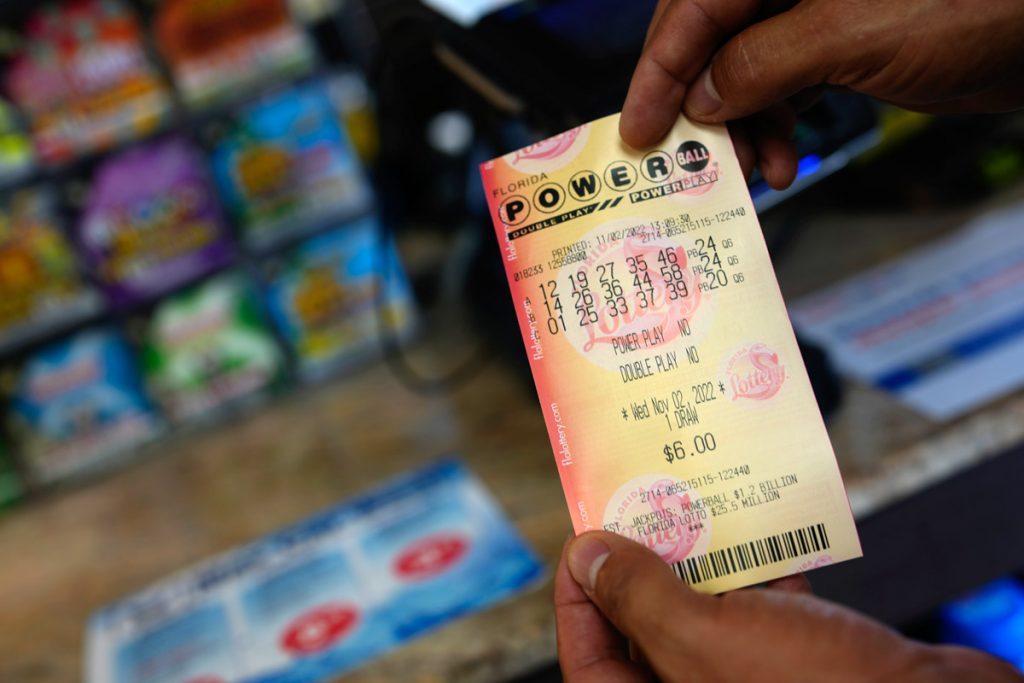 A man displays his Powerball lottery numbers after buying a ticket at a convenience store in Miami, Wednesday, Nov. 2, 2022. Rebecca Blackwell/AP Photo

So, who wants to be a billionaire?

There have been nearly 40 Powerball drawings in a row with no grand prize winner, so Saturday night’s jackpot has ballooned to $1.5 billion. That’s nearly the all-time record.

Now, as professional Penny Hoarders, we generally advise against spending your hard-earned money on lottery tickets. (Invest it instead!) Your chances of winning Powerball are 1 in 292 million, which is lower than your chances of being struck by lightning — twice.

But it’s still fun to think about, isn’t it? We all deserve to dream a little, and a tidy $1.5 billion would go a long way toward clearing up any pesky little financial problems you might have.

How much of those winnings would you actually get, though?

How Much of That $1.5 Billion Would You Take Home?

Let’s say you win. (It is fun to think about, after all.)

First you’d have to choose whether to collect your winnings in 30 annual payments over three decades, or to take a smaller lump-sum payment, which in this case would be $745.9 million, according to Powerball administrators.

Then there are taxes. (There are always taxes.)

If you took the lump sum, you’d immediately get hit with federal taxes of 24% that’s collected on any prize exceeding $5,000 — so that’s about $179 million right off the top. You’d also owe more when you file your income taxes next year since you’d be in the top tax bracket — so 37%, or about $97 million, according to popular lottery-news websites like USA Mega and others.

That brings your theoretical winnings to about $470 million. You’d also pay state taxes. How much obviously…