If you’re like a lot of guys out there, then one of your biggest fears in life is approaching women and starting a conversation.

What’s interesting about this fear is that even though we know it’s illogical, it still seems insurmountable to gather the courage to actually start talking to women. For a very long time I shared this same fear, and I want to share with you some of the tactics I’ve used to overcome my fear of approaching women.

Since fear is created entirely in your own mind, in order to conquer this fear you’ll need to instill some different mindsets towards approaching women.

We talked to a relationship expert and co-founder of Loveawake dating site Alex Wise. Here are three new mindsets for approaching women:

Mindset #1: The State of Curiosity

Alex says: “one of the biggest reasons many men have such a big fear of approaching women is because they view the entire interaction in terms of what they will get from it”. This puts A LOT of pressure on you. Instead, try to switch your mentality to be: “what can I learn from this interaction?”

Instead of approaching women and thinking: “what can I say to get her to like me?” think to yourself, “what can I discover about this woman’s personality, interest, and desires during our conversation?”

This will not only take the pressure off you to perform, but it will also make for a much more enjoyable conversation for her.

“Remember, she’s a human being, not just a number, not just a name or a pretty face. So have a genuine sense of curiosity to peel away her layers, like an onion”, Alex says.

Mindset #2: Chunking it Down

The next mindset step that Alex wanted to give you is this idea of “Chunking.” Chunking is one of the things that has really stepped up my game and helped me with approaching women. And this means you look at an approach one step at a time.

And you get so overwhelmed with all the possibilities of “what’s going to happen?”

This endless loop of worrying what’s going to happen is what brings on “approach anxiety.” But by “chunking it down”, you just look at one step at a time. What’s the first step I need to take if I want to talk to that girl? Well the first step is walking in her area, or getting close to her. So you got to walk over to her, that’s the first step. Easy enough. Second step you’ve to do is: I got to think of something to say to start a conversation.

Step one is approaching the woman. Easy enough. Step two is start a conversation. Say something. That’s all you have to do. Don’t worry about anything else except starting the conversation.

Sure, at first you might not be the smoothest talker in the world, but the only when your conversation skills are going to get better is by approaching more women.

Mindset #3: Jump in and Learn to Swim

The fact is, if you’ve avoiding approaching women your entire life, you probably won’t get it perfect right away. Approaching women and starting to talk to them is going to put you outside of your comfort zone. But you’ve got to just jump right in and start a conversation. Just start talking to her and see what happens.

Think about when you get to a pool and you jump in the water for the first time, the water is going to feel really cold. But then as you come in and out of the pool, each time you jump in you’re going to get more and more used to the water. And eventually you’re just going to be more comfortable in the water than you are out of the water.

And I that’s how it is talking to girls, at first every time you talk to a woman it’s like jumping in the cold water. And so what a lot of us do is, we try to stick our feet in and get our feet wet, and kind of put our feet in there and then pull them out and put them in, and pull them out. And when you do that you just look like a pussy. You want to be the guy that just jumps right in and deals with the cold weather for a little bit.

I promise you if take on these three mindsets in regards to approaching women, you’ll find that it’s a lot easier to start conversations with women. 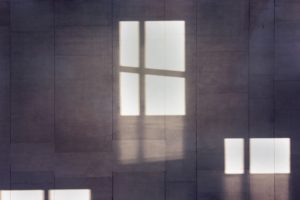 Tips for Moving from Ontario to Quebec