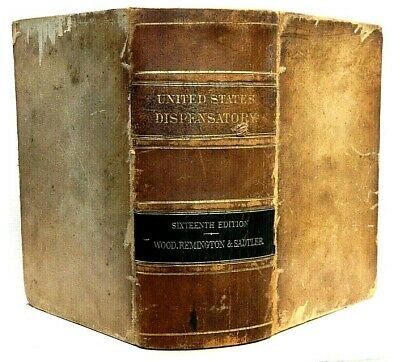 Cannabis is commonly used interchangeably with marijuana, but that is not absolutely correct. According to the World Health OrganizationCannabis is a generic name used to denote the several psychoactive preparations of the plant, Cannabis sativa. “Marijuana,” on the other hand, refers to parts or products from the plant Cannabis Sativa that contain significant amounts of the chemical compound, tetrahydrocannabinol (THC). These parts include the dried leaves and flowers of the cannabis plant.

Historically, cannabis is reported to be one of the first plants utilized by humans for medicinal use and other purposes, such as fibrous material. The Assyrian Empireconsidered to be one of the oldest civilizations, was found to have used cannabis in various ways: ranging from using it to bandage wounds, to treating various medical and spiritual ailments. The plant has also been traced back to ancient China where scientists have found evidence that it was used for medicinal purposes.

When it comes to the United States, hemp played a vital role in the founding of the country. In Jamestown, England’s first colony in America, anyone who owned property was required to grow hempThe material from the crops was used to manufacture ships, ropes, and sails. In 1776, Betsy Ross made the first American flag out of homespun. industrial hemp.

In 1830, after a series of experiments and trials studying the effects of Cannabis in England, Queen Victoria honored the physician by knighting him.

Two significant individuals who contributed to the introduction of cannabis into Western medicine during the 19th century were William B. O’Shaughnessyan Irish physician, and Jacques-Joseph Moreaua French psychiatrist. William B. O’Shaughnessy had worked in India, where he learned about cannabis. He studied the literature on the plant, described the different ways it was prepared, carried out various experiments with it on animals, and went on to test its effect on different medical conditions in humans. In 1839, he published the work, “On the preparations of the Indian hemp, or gunjah,” where he described the successful use of cannabis to treat medical conditions such as rheumatism, convulsions and muscular spasms of tetanus and rabies in humans.

Moreau, on the other hand, used cannabis differently. At the time, he was an assistant physician at the Charenton Asylum, near Paris. His job required him to accompany psychiatric patients in their travels to exotic and distant countries. On one of these trips , he came across the common use of “hashish.” Around 1840, while back in Paris, Moreau decided to experiment using the different cannabis preparations. At first, he experimented on himself and later, on his students. He documented his findings in a book he published in 1845 “Du Hachish et de l’Alienation Mentale: Etudes Psychologiques,” where we had one of the first most complete descriptions of the acute effects of cannabis. Here he stated, “…I saw in hashish, more specifically in its effects on mental abilities, a powerful and unique method to investigate the genesis of mental illness.”

In 1854, Cannabis was introduced to the The Dispensatory of the United States of America. Primarily. First published in 1820, the book served as a guide used by pharmacists and physicians. It reviewed drugs which were recognized by the United States Pharmacopeia and by 1860, North America led the first clinical conference about cannabis by the Oh United States State Medical Society.

The medical indications of cannabis were also summarized in Sajous’ Analytic Cyclopedia of Practical Medicine (1924) in three areas: Sedative or hypnotic, Analgesic, and Other uses. Beginning in the 19th Century and into the early 20th Century, the United States began to manufacture and distribute Cannabis as a medicine in the form of a tincture. However, with the arrival of aspirin and due to poor formulation techniques and trouble with extraction, Cannabis began to wane in popularity.

By the 1930’s, anti-cannabis propaganda was spreading throughout the United States, using “research” linking cannabis to violence, states began to ban and criminalize cannabis. Harry Anslinger, Commissioner of the US Federal Bureau of Narcotics, used anti-immigration and racist propaganda to scare and miseducate the public about the “risks” of cannabis use. In 1937, the Marijuana Tax Act was introduced, which criminalized marijuana, beginning the “war against marijugana.” By 1942, cannabis was removed from the American pharmacopeiaIn 1970, the United States classified Marijuana as a Schedule I drug, explaining that it did not have any therapeutic potential and was at high risk for abuse.

“How many murders, suicides, robberies, criminal assaults, holdups, burglaries, and deeds of maniacal insanity it causes each year, especially among the young, can only be conjectured. No one knows, when he places a marijuana cigarette to his lips, whether he will become a joyous reveler in musical heaven, a mad insensate, a calm philosopher, or a murderer.”

Commissioner of the US Federal Bureau of Narcotics Harry Anslinger, July 1937

Despite the anti-marijuana push in the United States and Globally, researchers and scientists pursued the study of the medical applications of cannabis. Considering cannabis has been utilized since the ancient world, it is surprising that endocannabinoids and the endocannabinoid system binary log ( in our body that is responsible for homeostasis) were not sooner. However, much of the prohibition and stigma may have contributed to the delays in discoveries. In 1897, Andrew Taylor Still, MD, DO, who founded Osteopathic medicine, was known for his belief that we should study how human bodies Compound drugs. During this time, the medical community was focused on the endorphin system which was discovered in part due to the use of opium and the work of trying to isolate the compound morphine sulfateInspired by this, In 1992, a chemist from Israel, by the name of Dr. Raphael Mechoulam discovered the ECS. In addition to the role he played in establishing the role of the Endocannabinoid System, he along with his team, in 1964 successfully isolated and synthesized various compounds of the plant. Dr. Mechoulam, along with Yecheil Gaoni, were the first to report that THC was the main active component in Cannabis and illustrated how it worked in the brain.

In the 1970s, American Pharmaceutical companies began to take a more active role in the development and research of cannabis. Pfizer was the first to develop a synthetic version of THC as a treatment for pain. By the 1980s a synthetic THC medication, Marinol® was introduced to the market as a medication to treat nausea and vomiting associated with cancer treatment. It was also used as an appetite stimulus for patients with AIDS.

The 1990s began with a surge in the scientific interest in the therapeutic effects of cannabis, leading to more proven reports on conditions such as epilepsy, pain, insomnia, glaucoma, spasms, asthma, etc. In 1996, California became the first state to permit legal access to and medical use of cannabis under physician supervision after the enactment of the Compassionate Use Act. Over the years after that, other states have followed suit.

As of now, marijuana is legal in 11 states for adults over the age of 21 and legal for medical use in 33 states.However, the US Food and Drug Administration (FDA) is yet to recognize or approve cannabis (marijuana) plants as medicine. Nonetheless, the scientific study of the chemical, cannabinoids has led to several FDA-approved medications (Epidiolex, Marinol, Syndros, and Cesamet) used to treat nausea and vomiting associated with chemotherapy, loss of appetite and weight loss in HIV/AIDS patients, and seizures.

Sponsorship-4 Keto recipes you need to try to relieve stress