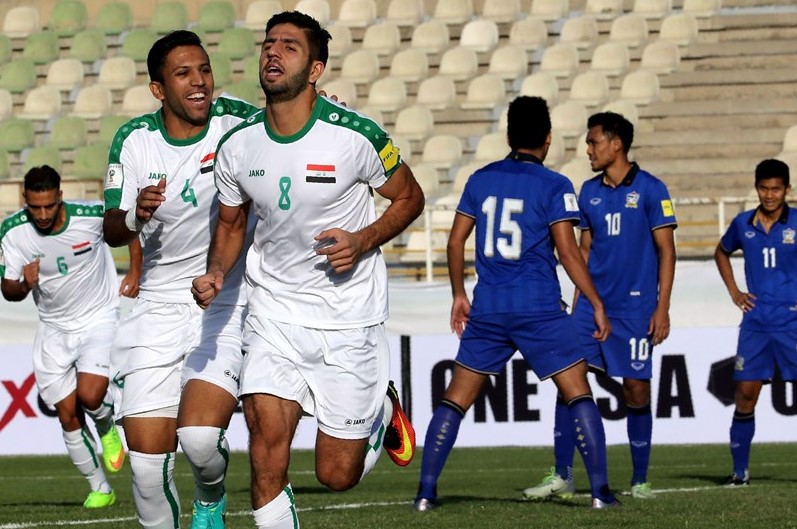 Thailand vs Iraq: Football World Cup qualifiers matches are back as per the schedule by officials. Thailand facing Iraq today as one of the match out of seven matches in the World Cup Qualifier – AFC 3rd round.

From the group F on round 2, Thailand and Irag qualified to round 3. Now they both eliminated from the world cup qualifier due to their round 3 points. Thailand scored only two points by playing eight matches. They just having two draws and six losses in this round 3.

Iraq also have two draws, five losses and one win with the points of five by playing 8 matches.

Both of the team had faced each other as many times early. From the record of these two teams, Iraq had only four wins against Thailand. Five other matches were ended with the result of draw. Other five ends with the favor of Thailand’s win over Iraq.

In the recent five matches, Thailand had only two wins against Belarus and North Korea at the Kings Cup’s semi finals and final match. Before the Kings Cup tournament, they had a draw match against to the UAE after two losses over Uzbekistan and Japan.

Iraq have lost only one of their match in last five against Saudi Arabia. Three of recent matches against Japan, South Korea, and Australia were ended with the result of draw. They just had a win against Jordan in the International friendly match on June 2017.

According to the prediction, Thailand will win this match with the support of their home crowd.