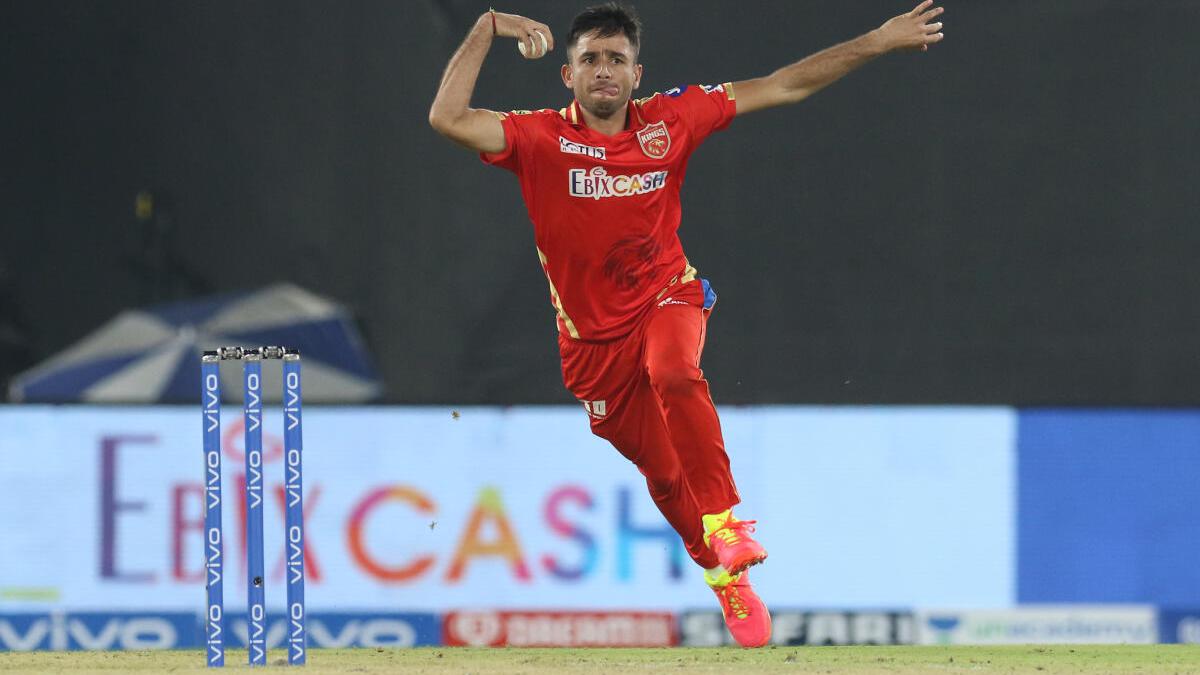 The last few weeks have been exciting for Ravi Bishnoi. Just a few days ago, the young leg-spinner from Rajasthan was roped in by the new Indian Premier League franchise Lucknow Super Giants as its third player, and on Wednesday, the 21-year -old got a call-up to the Indian team for the limited overs series against the West Indies.

The Jodhpur boy is over the moon. “It has been an interesting journey and it is a great honour to don the India colours. It is a proud moment for me and it feels great to see your dream come true,” Bishnoi told Sportstar moments after the Board of Control for Cricket in India (BCCI) announced the squad.

It has been an incredible journey for Bishnoi. The star-studded IPL has taught him how to handle pressure, how to adapt to different conditions and that it is important to accept defeats and move on.

He made his IPL debut for Punjab Kings in the 2020 edition and he picked up 12 wickets in 14 games and earned praise from his team-mates and former cricketers.

But it was certainly a challenging task for the young gun, who was one of the key members of the India U-19 side, which reached the final of the World Cup earlier this year. Not having played any cricket for nearly six months due to the COVID-19 pandemic, Bishnoi was unsure whether he would be able to play to his potential. Kings XI coach Anil Kumble, who is one of Bishnoi’s childhood heroes, motivated him in the practice sessions.

The youngster picked 12 wickets in the second season for Punjab Kings and has been one of the regular performers in the domestic circuit as well. His consistent show earned him a spot in Lucknow Super Giants, and Ravi is immensely grateful to his coaches – Shah Rukh Khan Pathan and Pradyot Singh – and Kumble for backing him throughout his journey.

Female umpires, match referee at Legends League Cricket another step forward for women in the sport

“I was waiting for my opportunity. I was preparing myself for the big league and was keeping myself ready so that I can give my hundred per cent whenever an opportunity comes my way. My only aim was to keep performing and then wait for my turn ,” Bishnoi said.

“I have learned a lot from Anil sir, and those lessons have helped me in becoming a better cricketer. He would always guide me on how to back myself and never lose hope under pressure. Those things were of immense help…”

“He always told me to play to my strengths. The advice was that I should stick to my basics and just execute the plans. There was no experiment. He gave me the confidence to play freely,” Bishnoi added.

One of the most talked-about youngsters in Indian cricket, Bishnoi is also elated to have been picked by Lucknow franchise. “With Rahul bhaiya (KL Rahul) leading the team, it will be easier for me to adjust since I have already played under him in Punjab. It is a great opportunity for me to be among the few players to be picked by the franchise before the auction. I want to contribute my best to the team,” he said.

Bishnoi’s cricketing journey started with tennis ball cricket at the RTO ground in BJS Colony in Jodhpur. There were no proper facilities available, and Bishnoi and his friends – hardly eight or nine years old then – would mostly play on the streets.

Watching them closely, Pathan and his friend Pradyot decided to help them out. Having played junior-level cricket for Rajasthan, both the friends knew that at least a couple of boys could make it count if they were trained well.

Bishnoi, who back then was a medium pacer, caught their eyes, but Pathan and Pradyot thought that he could do better if he honed his skills as a leg-spinner.

Following the advice of his mentors, Bishnoi picked up leg-spin and eventually mastered the art of bowling googlies. But he had to wait for long before making it to the state team.

With political infighting continuing at the Rajasthan Cricket Association, Bishnoi failed to make it to the U-19 team and was even rejected at the trials in 2018. However, with former Rajasthan wicketkeeper and Rajasthan Royals’ fielding coach, Dishant Yagnik, backing him, the selectors gave Bishnoi another chance. In that trial, he picked up a wicket in the very first delivery, which paved the way for his entry into the Rajasthan U-19 squad.

There hasn’t been looking back since. The youngster scalped a five-for in his first match of the Vinoo Mankad Trophy and slowly made it to the India U-19 camp and also featured for the Rajasthan senior team in Syed Mushtaq Ali Trophy and Vijay Hazare Trophy.

“I don’t want to bask in the glory or be over-confident. I have worked hard to come so far and now the only target is to stay grounded and dream bigger,” the youngster said.