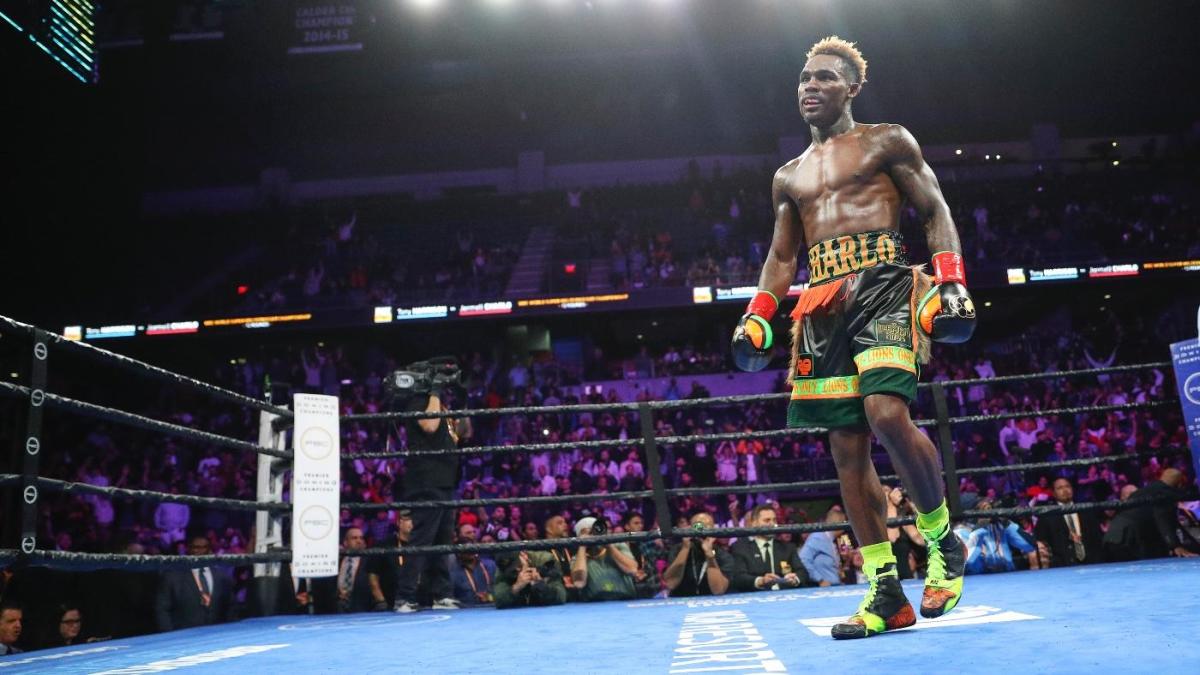 Jermell Charlo and Brian Castano had one of the most memorable boxing matches of 2021. Now, the rivals are ready to square off again. Charlo and Castano meet Saturday in a 12-round main event rematch to settle the score after last year’s split draw left a sour taste. The main fight card is set for 9 pm ET from Dignity Health Sports Park in Carson, Calif. All four major world light middleweight belts will be on the line as Charlo (34-1-1, 18 KOs) holds the WBC, WBA and IBF versions, while Castano (17-0-2, 12 KOs) brings the WBO belt to the table.

Charlo is a -220 betting favorite (risk $220 to win $100), while Castano is priced at +180 in the latest Charlo vs. Castano odds from Caesars Sportsbook. The over-under for total rounds completed is 10.5, with the over favored at -270 and the under listed at +205. Before finalizing any Charlo vs. Castano 2 picks, make sure you check out the boxing predictions and betting advice from SportsLine analyst Brandon Wise.

Wise, who is the combat sports editor for CBS Sports, is an experienced boxing and mixed martial arts analyst who has consistently provided winning selections for SportsLine members. He is coming off an impressive 2021 campaign that saw him hit numerous boxing selections in big-time matchups.

For instance, last November he predicted a stoppage victory between rounds No. 10 and 12 for Canelo Alvarez against Caleb Plant in their super middleweight unification bout. The proposition selection paid +450, and Wise also correctly called the fight to go over 9.5 rounds ( -125) as Alvarez stopped Plant in Round 11. His strong 2021 campaign included calling Jamel Herring (+105) to upset Carl Frampton (-125) for the junior lightweight belt. Anyone who has followed Wise’s combat sports picks has seen some big returns .

Now, with Saturday’s rematch in sight, Wise has studied Charlo vs. Castano 2 from every angle and identified the best value in the boxing odds. You can only see his confident prop bets and money-line picks at SportsLine.

It comes as no surprise that neither fighter was happy with the result of their first encounter in July of last year. Castano has maintained that he believed he won by at least two rounds, while Charlo has said he thought he had a four-round advantage . One thing the fighters agree on is that the 117-111 card that favored Charlo was way off base.

Moreover, although a split draw is always going to draw arguments on both sides, the prevailing sentiment among boxing observers is that Charlo was fortunate to escape without taking his second career defeat.

Charlo used his speed, ring generalship and precise counterpunching to score points, and he had a couple of big late rounds. However, the power-punching Castano was the consistent aggressor and appeared to land a higher volume of damaging blows. Both fighters looked to be in trouble at various junctures.

When the scorecards were announced, Charlo appeared visibly frustrated while Castano smiled and shrugged. An immediate rematch seemed to be a logical next step to both settle the rivalry and from a business standpoint because a second encounter was sure to draw serious public interest based on the action-filled first fight.

However, the rematch that was originally scheduled for March had to be delayed while Castano healed from a shoulder injury suffered in training. Now he’s healthy and both fighters eagerly agreed to a new date. Both have insisted the rematch won’t be left to the ringside judges.

How to make Charlo vs. Castano 2 picks

Wise likes the over 10.5 rounds. He’s also revealed a strong money-line pick and he’s locked in a pair of prop picks, including one that returns 3-1. You can only see his boxing picks at SportsLine.

Who wins Charlo vs. Castano 2 and which prop is a must-back? Visit SportsLine now to see Brandon Wise’s best bets for Saturday, all from the CBS combat sports specialist who crushed his boxing picks in 2021, and find out.