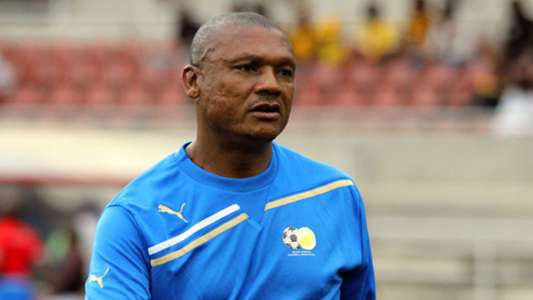 Amakhosi are set to go head to head with Egyptian football powerhouse Al Ahly in an eagerly anticipated once-off affair at Stade Mohamed V in Morocco.

Billiat recently handed Chiefs a timely boost as the influential forward returned from an injury that kept him sidelined for just over two months.

Tlale, who started both matches against Al Ahly for Mamelodi Sundowns in the two-legged 2001 Caf Champions League final, believes Billiat should be introduced as a substitute.

“It’s much better if he comes on as a substitute because he is not 100% fit,” Tlale told Goal.

“It will depend on the situation. If they are trailing or the score is level, he can change the complexion of the game for Chiefs.”

The Zimbabwe international scored a crucial late goal in Chiefs’ final Group C match against Horoya AC in Guinea that helped Amakhosi reach the knockout phase in April this year.

“They should give him enough time to make an impact on the game. Ideally, he should be introduced with 30 matches left. He would make a lot of difference,” Tlale continued.

“You cannot introduce him with 10 or 15 minutes left because he won’t have enough time to make a difference.”

Tlale conceded four times against Al Ahly, who defeated Sundowns 4-1 on aggregate with Khaled Bebo scoring a hat-trick in the second-leg clash in Egypt.

“Having that, Al Ahly are a strong team, so Chiefs should not allow them to take the lead and they start chasing the game,” he added.

“They have to put them under pressure from the first minute and avoid conceding early.”

The winner between Chiefs and Al Ahly will qualify for the 2022 Fifa Club World Cup.