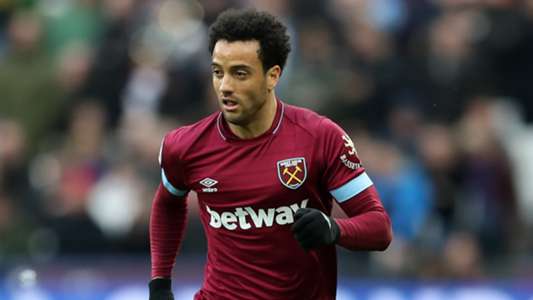 Felipe Anderson has left West Ham to return to Lazio, it has been confirmed.

But the 28-year-old spent last season on loan at Porto and has opted to move back to Serie A this summer.

Anderson arrived in Italy on Tuesday to complete his return to the Italian capital and the club posted an image of him wearing a Lazio scarf on social media.

A statement on West Ham’s website confirmed that a deal has been struck with Lazio for the Brazil international.

Although the Premier League side did not disclose a fee, Lazio are reported to be paying €3m for him.

How did Anderson perform at West Ham?

The attacker made 73 appearances all in for the London side, scoring 12 times along the way.

He was a first-team regular in his first season with the club, playing 40 games in all competitions.

But his playing time halved the following year and he then spent the 2020-21 campaign in Portugal.

Anderson made just 10 appearances for Porto after making the temporary switch last October.