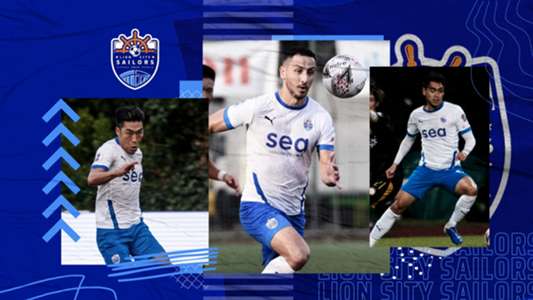 Singapore Premier League side Lion City Sailors have agreed a two-and-a-half year partnership with Bundesliga giants Borussia Dortmund, the club have announced. The agreement will see a series of youth development programmes, coaching, educational and professional exchanges as well as football training camps in Germany, among others, expanding the already glowing array of options available to LCS youth team players.

With the Bishan-based club having already invested heavily in their academy, with chairman Forrest Li having poured $10m into the construction of a sprawling new training facility, the tie up with BVB is set to take youth coaching at the club to the next level.

“We are proud to solidify this partnership with LCS, one of the most exciting football clubs in the SPL,” said Benedikt Scholz, Head of International & New Business and Managing Director of BVB Football Academy. “Establishing key partners of this scale and ambition has always been a central part of our vision for BVB, enabling us to keep sharing and contributing towards the growth of youth football in Asia.”

“We are looking forward to working with LCS to bring to life our key objectives in youth development and sport education.”

With Dortmund widely recognised as one of European football’s top talent-producers, bringing through the likes of Marco Reus and Mario Gotze, while nurturing players like Shinji Kagawa, Jadon Sancho and Erling Haaland into world-renowned stars, the agreement represents a great coup for the Singapore club looking to make waves in the continental game.

One very tangible benefit of the tie up will be annual training camps in Dortmund for the club’s elite development team, with an additional stint in Westphalia pencilled in for selected players from the Academy’s scholarship programme.

This wouldn’t be Dortmund’s first venture into Singapore football – they actually signed a five-year partnership with Warriors FC back in 2018, but with the club forced to cease operations just a year later, the collaboration was never able to run its course. Suresh Letchmanan, Managing Director of BVB Asia Pacific, was convinced it would be different this time round.

“The Warriors partnership gave us an opportunity- we fulfilled our part of the agreement. We had our own staff, we had Lars (Ricken), Benedikt, Karl-Heinz Riedler, Roman Weidenfeller, we had a fair number of experts on the ground on and off the pitch. Unfortunately, it is what it is, but it doesn’t end there,” he stressed.

“We have a lot to offer to Singapore, and I don’t see why we cannot continue this relationship and build a huge pillar for Singapore football,” he continued. “LCS obviously has the right infrastructure, the right setup, and this will allow not just the players, but also the staff to work closely with the team in Dortmund.”

Speaking at the virtual press launch, 1997 UEFA Champions League winner Lars Ricken was eager to announce that trainees from LCS’ scholarship programme chosen to travel to Dortmund will be given the chance to train with and play against Dortmund’s own youth teams.

“We’ve had trainees from Southeast Asia before, and they trained with us, they played friendly matches with us and they were taught by our coaches. We hope this will happen too in our cooperation with the Sailors- we want to implement it. We want to see Sailors players here in our own environment,” he explained.

However, with the pandemic still raging, LCS Chief Executive Officer Chew Chun-Liang accepted that slight modifications might have to be made, in the short to medium term at least.

“We’re taking a measured approach,” he analysed. “The health and safety of players and staff are important, so what we plan to do over the next few months is to start with education and coaching sessions done virtually. We believe sometime next year will be a good time for our youth team to travel and attend a training camp in Dortmund.”

“We are an ambitious club with a vision of becoming one of the best in Asia,” he added. “To get there, we must learn from the best, and in BVB we have found a partner that is among the best in the world.”

“We look forward to a long and fruitful relationship with BVB.”

FAS General Secretary Yazeen Buhari was full of praise for the initiative, lauding the positive ripple effect it could have on the local football scene.

“LCS have shown a firm commitment to take the sport to the next level, while BVB continue to see value and trust in Singapore football,” he stated. “I’d like to commend what the Sailors have put in place over the last year. Such a drive will only be beneficial to us, and their efforts will surely have a knock-on effect on the rest of the football fraternity.”