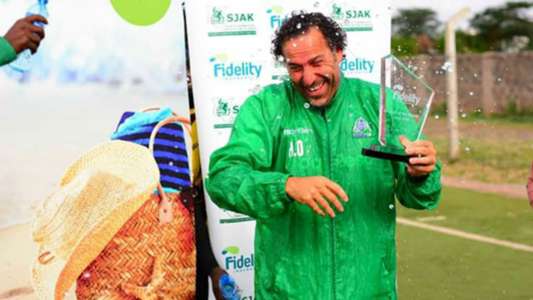 The Blues have been dominating local football but have struggled in continental assignments. It is for this reason they have appointed the Cypriot-Turkish tactician to turn their fortunes around.

“Oktay is a Turkish-born UK resident. He is an ex-professional player, highly qualified, and ambitious coach with over 25 years experience coaching across the world, with extensive stints in Europe, Asia, and Africa, working closely with squads to improve and progress teams and individual players.

“He is a proactive and tactically intelligent professional who understands the changing landscape of the modern game. Hassan is renowned for exceptional coaching, man-management, and player development skills to build teams capable of progressing to a higher level. We have learned that Hassan incorporates strength; conditioning and fitness into training sessions to make sure optimal status of players are of the standard needed in professional football.”

What did he achieve at Gor Mahia?

The tactician was appointed K’Ogalo coach in 2018, taking over from Dylan Kerr, who left the Kenyan heavyweights.

He helped the team retain their league title and managed to take them to the quarter-finals of the Caf Confederation Cup, a feat that had never been achieved before.

However, he left before the start of the 2019/20 season citing family issues, only to resign later on.

He has a Uefa A license and Township Rollers will be hoping he can help them perform well on the continent.

Popa-Popa have won the league 16 times, with the latest triumph coming in the 2018/19 season.

Jwaneng Galaxy dislodged them from the top last season, ending their four-season dominance.