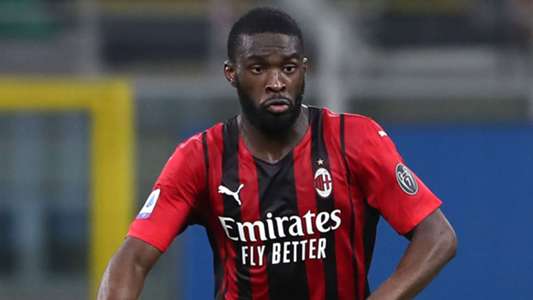 Fikayo Tomori claims to feel no pressure from the £25 million ($34m) price tag that has taken him from Chelsea to AC Milan, with the highly rated defender looking to play his way into England’s 2022 World Cup plans.

The 23-year-old has seen his loan deal at San Siro turn into a permanent transfer, with Serie A giants impressed by what they saw from the talented centre-half.

Tomori is aware that expectations will rise again during his second season in Italy, especially now that considerable funds have been invested in his potential, but a confident character is backing himself to thrive.

On being a big-money signing for the Rossoneri, Tomori told Corriere delle Sera: “No pressure, it’s actually satisfying to feel trust around me, everybody is helping me, this is the right project for me.

“Everybody welcomed me all very well, from the first day. This is a great club, with exceptional training facilities. There is everything to grow and to win, it’s a dream.

“Nothing is impossible, we play to win. We have a young team and we are improving. Last season we finished second and it means we are on the right path. We need to continue like this, step by step.”

What are Tomori’s targets?

The former Chelsea man made just 27 appearances for the Blues after stepping out of their academy system, with four loan spells elsewhere taken in.

He is now looking to put down roots and land major silverware with Milan.

Tomori also has international ambitions, having already been capped by England on one occasion, and wants to catch Gareth Southgate’s eye ahead of another major international tournament in 2022.

He said of earning recognition with the Three Lions, who just suffered a Euro 2020 final defeat to Italy: “In the final, we [England] took the lead and the situation seemed to be positive, but Italy grew up strong during the game.

England came close to winning and played a great Euro, but Italy deserved it.

“Now we must focus on the World Cup, we’ll need to have the same mentality and use this experience to improve. The team is very young and the World Cup is just around the corner.

“I hope I will be part of the team, that’s my target. Everybody would like to play the World Cup and it’s a dream I have. Milan are an enormous opportunity for me, I am focusing on this and I am feeling well.”