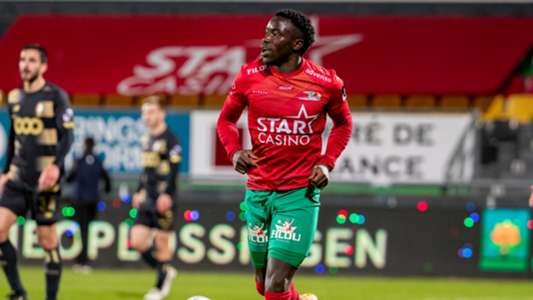 New Rangers signing Fashion Sakala has named Ibrox Stadium as the only place he wanted to be after he left Belgian club KV Oostende at the end of his contract.

The Zambia striker signed a four-year deal with Steven Gerrard’s side in May and he was finally unveiled as a new player on Thursday.

He cited his vacation and the compulsory quarantine procedure in Scotland as reasons for his delayed presentation by the Gers.

Rangers won the Scottish top-flight crown last season and the Chipolopolo star, who scored 16 league goals for KV Oostende last term, is expected to play a part in their quest to qualify for the Champions League group stage.

“I’m very happy and excited. I was looking forward to start this beautiful journey when I signed. The only thing I wanted was to be here,” Sakala told Rangers TV.

“I can’t wait to start tomorrow. I’ve been on vacation for some days and then I came here and I was in quarantine for 10 days so it was quite difficult but I was positive about it.

“I’m still looking to get back to full fitness and I believe that I’ve started a lot because I was doing individual training. I’m looking forward to starting with the group and I believe something good will come out of it.”

Rangers will continue their preparations for the new Premiership campaign with a friendly fixture against Arsenal on Saturday.

It is unsure if the 24-year-old will feature in the encounter.

However, Sakala is eager to play in front of the club faithful when the new season commences.

“I feel like it’s time to start playing football now. I’m very happy to make this step to be here and play every week in such a beautiful stadium with a great history,” he continued.

“It’s always nice to have fans in the stadium. Football is for the fans.

It’s always nice to play with fans and I’ve watched a couple of games before Covid and there was a great atmosphere here with the fans.

“It’s amazing. This club is loved and it’s a club for the people so I’m looking forward to playing in front of the fans and the atmosphere.”