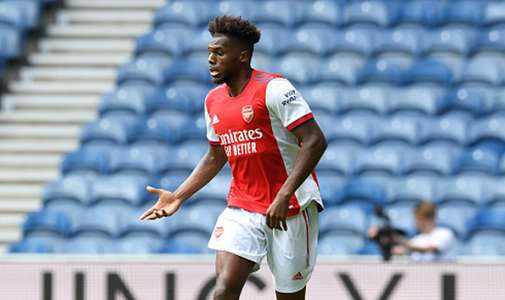 New Arsenal signing Nuno Tavares was pleased to receive his first taste of action with the Gunners after appearing and scoring in Saturday’s friendly against Rangers.

The ex-Benfica defender needed just over 20 minutes to mark his maiden goal for the club before being substituted at half-time.

Arsenal went on to draw 2-2 with the Scottish giants, with Eddie Nketiah also netting for Mikel Arteta’s side.

“I felt good. It was a good game for me and for us. A good test. I think we had a good match and we learned a lot,” Tavares told Arsenal’s official website after the match.

“I feel very happy to score my first goal with Arsenal. I’m so excited for this and today I did it.

“Play free and do my job”

Tavares joined Arsenal on a £8 million ($11m) move from Benfica this summer, but was unable to take the field for the club’s first friendly against Hibernian due to paperwork issues.

The left-back is glad to be in Arteta’s plans, and knows exactly what is expected of him as the Premier League season slowly approaches.

“I’m so excited to play with fans at the Emirates. I can’t wait for this. We will see.”