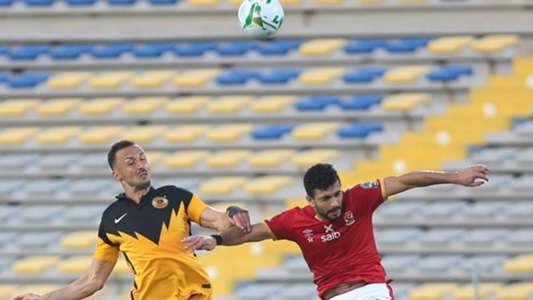 Having never previously made it past the group phase, the Glamour Boys went all the way to the competition before losing 3-0 to Al Ahly

The 0-3 scoreline was arguably a bit harsh on the Soweto giants as all three goals came in the second half after they had been reduced to 10 men following Happy Mashiane’s red card in first half added time.

It was a reckless challenge, and before that, Chiefs had made a promising start, but after Mashiane’s early shower, Al Ahly turned on the style in the second half to canter to victory.

Fredericks senses however that there are positives to take going forward, despite the emphatic loss.

“[Al Ahly’s] class shone through at the end of the day and the scoreline tells the story,” said the former Bafana Bafana playmaker in the SuperSport TV studio after the match in Casablanca, Morocco. “I think Kaizer Chiefs were outclassed this evening, but I think they can come home and lick their wounds and come back a better team.

“This will catapult them into the [new] season,” he continued. “Having played at a higher level against good competition, [they can] come back to the PSL, and have a very good season because of the experience of last season (the just completed 2020/ 21 campaign) and hopefully challenge for the title.

“The thing about football is you don’t have long to lick your wounds, you’re back on it again – in two weeks time they come up against Orlando Pirates, a chance to redeem themselves.”

Fredericks was referring to the upcoming exhibition match, the Carling Black Label Cup, between Chiefs and Pirates.

Amakhosi have not won silverware since 2015, when they claimed the league title under coach Stuart Baxter.

Baxter recently returned to the club after the sacking of Gavin Hunt, and having had to wait for his work permit, Saturday’s final was the first game in which he was officially back in charge of the Glamour Boys.

The experienced British coach made a big call in opting for Daniel Akpeyi between the sticks, with the Nigeria goalkeeper getting the nod ahead of Itumeleng Khune and Bruce Bvuma.

The stopper had played six matches without conceding a single goal in this season’s tournament before the final, but was undone on Saturday.