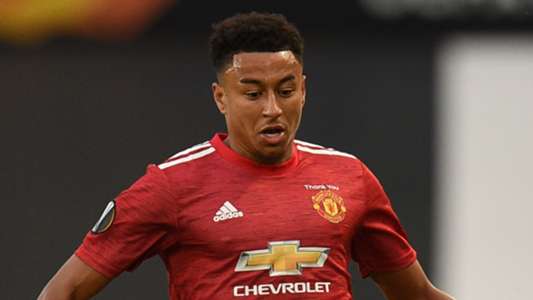 Ole Gunnar Solskjaer said Jesse Lingard is in Manchester United’s plans ahead of the new season after impressing on loan at West Ham and that Jadon Sancho’s transfer is close to being finalised.

Lingard played a vital role for David Moyes’ side having gone on loan for the second half of the last campaign after struggling for game time at Old Trafford due to Bruno Fernandes’ arrival pushing him down the pecking order.

With a new season on the horizon, and plenty of interest in the attacking midfielder, Solskjaer said he is planning for the 28-year-old to be part of his squad going forward.

Lingard played the second half as Manchester United beat Derby 2-1 in their first pre-season fixture on Sunday.

“He came seven or eight days later than the rest but he’s a naturally fit boy. He’s a man, he played with a few boys but he’s one of the men,” Solskjaer said.

“Jesse has come back, been bright, he wants to fight for his place and there’s nothing better than seeing players want to fight for their place.

“What he did towards the end of last season, that’s the true Jesse, that’s what we know he’s capable of and I think we saw towards the end that we lacked some options at times and Jesse is in the plans at the moment, yeah.”

West Ham were keen to make Lingard’s loan deal permanent but there was a wide gap in valuation between what the Hammers were willing to pay and what United valued him at.

They retain their interest in the playmaker and there has also been interest from abroad from clubs in Spain and Italy.

What about other signings?

United confirmed earlier this month they had agreed a deal for Sancho and Solskjaer gave an update on his imminent arrival from Borussia Dortmund.

“From what I understand only paperwork, small little details, hopefully we can announce something,” Solskjaer said.

“Let’s get all the paperwork done and get him over the line and then I can say what I truly feel about the player.”

Goal can confirm the club are also working on a deal for Real Madrid centre-back Raphael Varane.