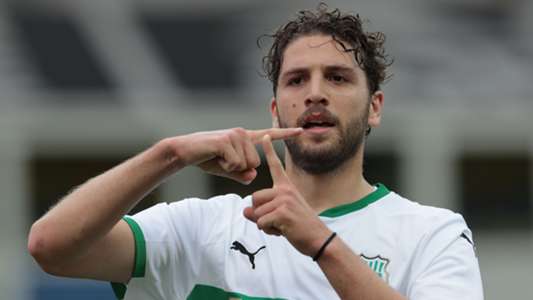 Juventus’ proposal was a two-year loan with an obligation to buy, but Sassuolo have refused the initial offer, Goal can confirm.

The club is looking for a permanent sale and a price closer to €40m (£34m/$47m) for Locatelli, who wants to be playing Champions League football next season.

Juve aren’t the only club in the mix for Locatelli, who has also been heavily linked to Arsenal in recent weeks.

Sassuolo CEO Giovanni Carnevali admitted last week that the club has been in negotiations with both Juve and an overseas suitor in recent weeks.

Carnevali also said that Locatelli’s future would be decided after the Euros, with Italy triumphing over England to win this summer’s tournament on Sunday.

Locatelli has since spoken out himself, saying interest from Juventus “is pleasing”.

He went on to say that he has yet to decide what his next move may be.

Locatelli has been with Sassuolo since originally joining on loan from Milan in 2018 with the move being made permanent one year later.

The 23-year-old midfielder made his Italy debut in 2019 before earning a place in this summer’s squad at the Euros, where he scored twice in a win over Switzerland.

He started two of Italy’s group stage games before coming off the bench three times in the knockout rounds, including in the final against England.