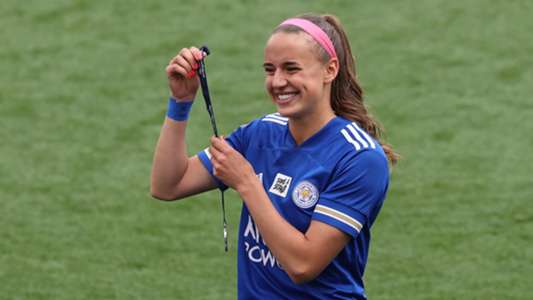 Leicester City’s defender Ashleigh Plumptre was among the Super Falcons players that commenced training on Saturday in Austria.

Coach Randy Waldrum’s women have camped in the European nation ahead of the Aisha Buhari Cup that will take place in Lagos in September.

The competition is organised in honour of Nigeria’s first lady and it will serve as preparations for the 2022 Africa Women’s Cup of Nations qualifiers against Ghana in October.

Apart from the England-based star, Paris FC’s Chiamaka Nnadozie, Ngozi Okobi – Okeoghene, Tochukwu Oluehi, Yetunde Balogun, Nicole Payne, and Toni Payne were among the players who worked out at the Event Hotel Pyramide in Vienna.

Meanwhile, Barcelona striker Asisat Oshoala has been excluded from the training camp in a bid to rest after a hectic season with her Spanish top-flight outfit.

Despite featuring for England at youth level, the youngster had expressed her desire to represent the reigning African queens.

“The idea of me being able to play for Nigeria, with that being an option, I would happily grab that with both hands,” she told BBC Sport Africa.

“Representing that which really means something to somebody is very important. Obviously, there’s a lot of things I can openly say that I don’t know about Nigerian culture but I want to learn because I know that it’s in me, and it’s in my sister and in my dad.

“We can only get it from my granddad; he’s the only thing that we know in terms of Nigeria. I’ve obviously visited Nigerian relatives in America and in England.

“Seeing this little journey my sister and I have been on, and the understanding of our family heritage, not just that but watching Nigerian documentaries and learning about the past is incredible.”