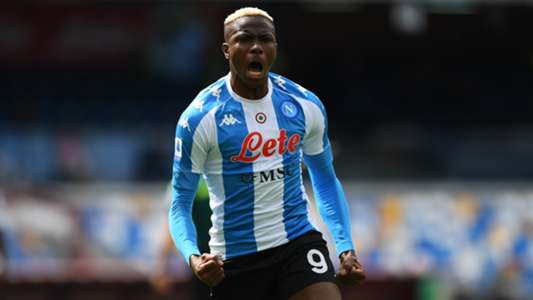 The Super Eagles forward scored all his goals in the first half as the Parthenopeans grabbed a 7-0 lead before the half-time break.

Konstantinos Manolas made it 3-0 before the former Lille star found the back of the net in the 20th, 35th and 37th minutes to give his side a 6-0 lead.

Just on the stroke of half-time, Stanislav Lobotka added the seventh goal for Luciano Spalletti’s side.

The party continued in the second half as goals from Gennaro Tutino, Luca Palmiero, Amato Ciciretti, Zinedine Machach and Andrea Petagna later sealed the Italian manager’s first victory since he replaced Gennaro Gattuso at the helm in May.

Prior to Sunday’s encounter, Spalletti lavished praise on Osimhen, who scored 10 goals in 24 Serie A matches last season, describing him as a complete striker.

“He will certainly be a foothold for us and a strength of this team,” Spalletti said. “He is a complete striker, he knows how to score and he knows how to fight for his teammates.

“It is clear that he also has aspects to improve and this is where we need to work, but it has already given great availability.”

Next up for Napoli is another friendly encounter against Serie C club Pro Vercelli on July 24 before they travel to Germany to take on Bundesliga champions Bayern Munich for a warm-up fixture on July 31.

Spalletti’s men will begin their 2021-22 league campaign against Venezia on August 21.