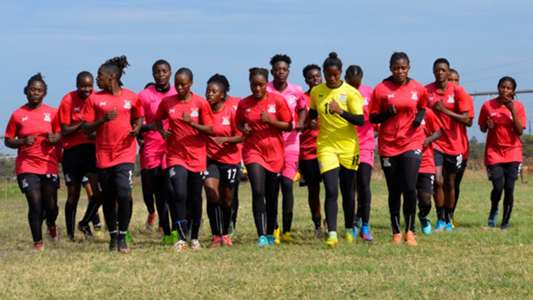 Zambia are Africa’s sole representatives at the Olympic games and are set to face the Netherlands, China and Brazil in their pool, and Mwape is confident of a good result should his side remain compact against the European rivals.

“We know it’s the Netherlands, the team which has a lot of experienced players, but we did well in the preliminaries for us to qualify [for the Olympics], so we expect our players to perform well in this competition,” Mwape told Faz media.

“Our aim is to play a more compact game because if we let them loose, they can use their experience, but all the same, the game is 90 minutes and it depends on how you have planned. They can have the experience, but if we go by our plan, things could be 50/50.”

In a previous interview, the Copper Queens captain, Barbara Banda had explained why they are not intimidated by their group rivals: “We have played so many high-level games. We are not intimidated at all; our great achievement was in qualifying and our aim now is to do our level best. The first game is always important. As we go to our first game, we must be on top of our game and get the first three points,” she said.

“This will determine how far we will go in the tournament. It’s up to them to show what they are capable of, and I am sure that most of them will go professional.”

Zambia are returning to the Olympic games after 33 years since their participation in the 1988 games when the women’s national team advanced to the quarter-finals. The African nation took part in the 1976 games but boycotted the 1980 event for political reasons, even though they had qualified.

For the Netherlands’ opener, Mwape will miss Martha Tembo who is suspended, while Grace Chanda, the country’s top scorer in the qualifiers, is expected to start up front. On July 24, the Copper Queens will play against China before facing Brazil in the last group game days later.