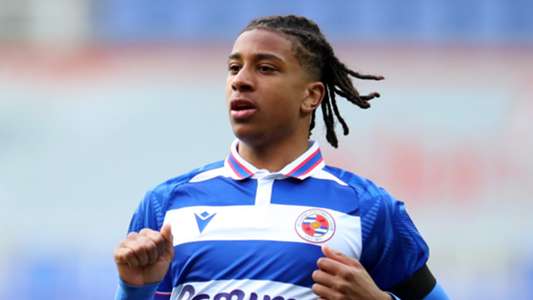 Michael Olise should represent the Nigeria national team at international level instead of England, France, or Algeria, according to Goal readers.

Born in England to a Nigerian father and a French-Algerian mother, the winger is eligible to represent the Super Eagles, Desert Foxes, the Three Lions, or Les Bleus.

Having shined at EFL Championship side Reading, the 19-year-old was signed by Premier League side Crystal Palace on a five-year contract which will keep him in Patrick Vieira’s squad until 2026.

Knowing that he would be on the radars of the four countries due to his talent and ability, we asked our readers where the Eagles’ new boy should pledge his international commitment.

In a poll conducted on the Goal Africa Twitter handle, a massive 75 percent of voters want the youngster to pitch his tent with three-time African champions Nigeria.

Should this happen, Olise will increase the budding talent in Gernot Rohr’s squad ahead of the 2020 Africa Cup of Nations.

Some 9.7 percent of voters would love to see him represent Euro 2020 runners-up England, but perhaps not many Nigerians would fancy this decision having in mind that many of the country’s prospects have played for the Three Lions in the past.

Despite playing for France U18 team on two occasions, only 8.1 percent expect him to represent the 1998 and 2018 World Cup champions.

Playing for reigning African champions Algeria seemed unlikely as only a tiny 7.3 percent anticipates him to represent the North African side.

Recently, Crystal Palace chairman Steve Parish had talked about what the arrival of Olise means to the Selhurst Park giants.

“I’m delighted that Michael has joined us at Crystal Palace,” he told the club website.

“We have been monitoring him extremely closely for an extended period of time, and have been impressed by his consistent performances for Reading at such a young age.

“He clearly has an abundance of talent that I’m sure will excite all of our supporters, and clearly shows our direction of travel for this window.”