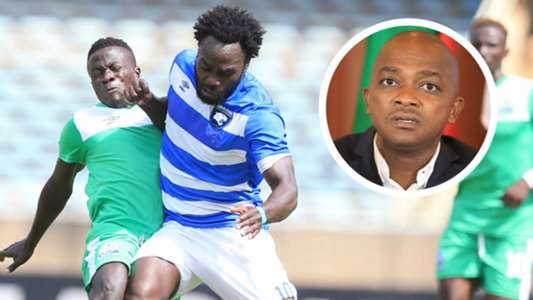 Football Kenya Federation President Nick Mwendwa has explained how Gor Mahia and AFC Leopards will be compelled to pay the fines imposed on them after skipping the Mashemeji derby on Saturday.

The two Kenyan giants were fined a total of Ksh10million, AFC with the highest fine of Ksh 6million for being the home team, and Gor Mahia Ksh4 million, for being the away team.

“We all know the two teams are struggling, that is a fact but we will move to recover the fine imposed on them from the grants which we give to them every month,” Mwendwa told Goal on Tuesday.

“It is not the first time we have done this, whenever we lend the two teams loans, we recover it from grants, so it is not a big issue, it will be recovered from grants and they have to pay the entire amount.

“We have always worked closely with these teams when it comes to money issues, we have even helped them financially, but sometimes you don’t understand why they decide to break laws.

“A few months ago, Gor Mahia were stuck and could not travel to Zambia for their Caf Confederation Cup fixture, and they came to us begging for help, we gave them Ksh3million and also gave them tracksuits for our national team because they did not have tracksuits to use for the trip.”

Mwendwa has further warned that should the teams miss their next two league assignments, he will relegate them.

“It is upon them to make sure they play their next matches, if they don’t, then we will follow the laws of the game, and it means we will have them playing in the lower division next season,” Mwendwa continued.

AFC Leopards are scheduled to face Nairobi City Stars on Tuesday while Gor Mahia will come up against Kakamega Homeboyz on Wednesday.