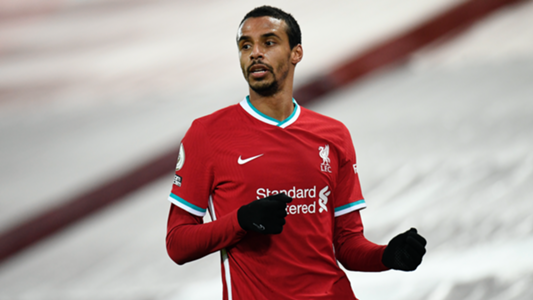 Joel Matip is happy to be in Liverpool’s pre-season camp after a long injury lay-off as they intensify preparations for the 2021-22 Premier League season.

Matip has not played for Liverpool since he damaged his ankle ligaments in a Premier League match Tottenham Hotspur in January.

The injury ruled him out for the rest of 2020-21 season, but he is now looking forward to the new campaign and he hopes to maintain his fitness.

“I’m feeling good. It’s nice to be back in training with the lads and to just be playing, playing [with] the ball and being active,” Matip told the club’s website.

“I feel really good at the moment. I have a lot of sessions ahead of me but I am feeling good and I hope to continue like this.

“Training camps are always intense but for these moments we are here and these belong to pre-season and we try to enjoy it.

Prior to Matip’s absence earlier this year, the Reds were dealt a double injury blow with Van Dijk and Gomez on the sidelines since October and November respectively.

Klopp turned to Nathaniel Phillips and Rhys Williams as his defensive options and Matip was impressed by the duo’s performance.

“It was not a really good period for me, a lot of injuries, but I only can look forward and try to do my best and try to get in the best shape I can,” he said.

“They did great! They were thrown in and their performance was really great, especially under this kind of pressure. They did really, really well.”

The Cameroon defender has been at Anfield since 2016 and he is set for his sixth Premier League campaign with the Reds.

He described the atmosphere in Salzburg after he reunited with his teammates.

“If you always train on your own it is quite hard for the head but if you are back with the team and can play, and also make jokes, that always helps,” he added.

“You are really looking forward to the moment when you are in between them [again]. It’s funny to be around them and you laugh a lot more than when you are on your own!”