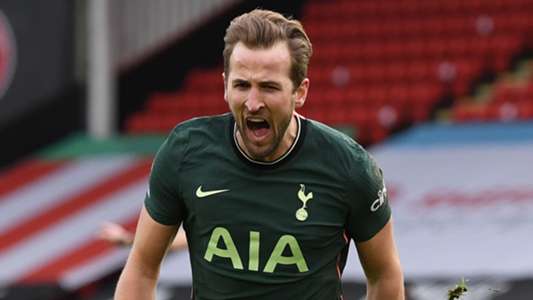 Kane, 28, was expected to return to the Tottenham Hotspur squad ahead of the commencement of the 2021-22 Premier League campaign.

However, the striker failed to show up and that has fueled rumours of him moving to Pep Guardiola’s Citizens.

According to the former TKI Tavsanlı Linyitspor and Sunshine Stars goal merchant, the English international’s no-show could signal the end of his career at Hotspur Way.

Even at that, he is supporting Kane’s bid to represent the Etihad Stadium giants as his Spurs career has failed to yield any trophies.

“I think this could be a strong indication that the England captain is no longer interested in playing for Tottenham Hotspur,” Olorundare told Goal.

“If this is the case, then the club should let him go in peace and should immediately start shopping for a replacement with the Premier League season a few weeks away.

“Well, many would say he is not showing a good example as captain but the reality is that no player wants to play for a club that is not assured of winning titles and I think that is what is playing out here.”

Kane made his senior debut for Spurs in 2011 and has since appeared in 336 games in all competitions for the London club.

“Kane has served the club diligently, however, what would count at the end of his career is how many trophies he won with the London club,” he continued.

“Despite his immense contributions to the club and his attacking prowess, it is disheartening that he is yet to win anything with them.

“To make matters worse, they will not be playing in the Uefa Champions League next season.

“The handwriting is on the wall and his wish is to represent Manchester City – which I believe is a fantastic decision. So, all I expect from Spurs now is to give him a befitting send forth.

“I think his time at Tottenham Hotspur is up and I am convinced that joining the Citizens would present him with a big chance to win trophies.

“For this singular reason, I am backing him to team up with Pep Guardiola’s squad.”