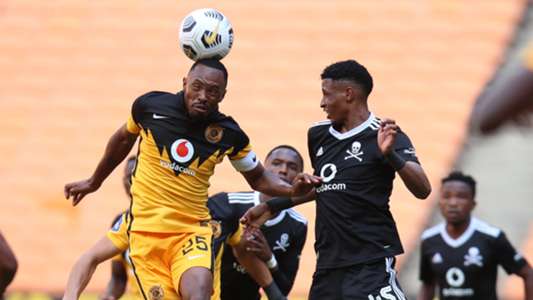 Kaizer Chiefs and Orlando Pirates will resume their Premier Soccer League rivalry on November 6 after the league released 2021/22 fixtures on Monday.

However, the old foes might meet earlier if they proceed to the MTN8 semi-finals and are drawn together or if they both reach the final of the competition.

What is known for now is that the PSL Soweto derby will provisionally take place on November 6 at the FNB Stadium.

The traditional giants are now aware of which opponents they will start against in their respective bids to reclaim the league title.

Amakhosi begin with a trip to Mbombela Stadium to face TS Galaxy on August 22, while the Buccaneers host Stellenbosch at Orlando Stadium on August 21.

Defending champions Mamelodi Sundowns will set the ball rolling earlier than their Gauteng rivals when they welcome AmaZulu at Loftus on August 20.

This is a fixture headlining the opening weekend of PSL games as the Brazilians and AmaZulu finished strong in the last campaign which saw Benni McCarthy’s side ending as runners-up in the league race.

The season ahead comes again with the focus falling much on Chiefs and Pirates to see if they will be able to break Sundowns’ dominance in the league.

Masandawana have asserted their supremacy in the PSL by being crowned PSL champions consistently in recent seasons.

After Chiefs returned into the transfer market following the end of a Fifa ban to sign players, it remains to be seen whether they can build a squad capable of successfully challenging Sundowns for the championship.

Amakhosi last won the league title in 2015 under coach Stuart Baxter, who is now back at the club.

That was also the last time they claimed a major trophy.

As far as Pirates are concerned, they last clinched the league crown 10 seasons ago which is their longest championship drought during the PSL era.

There were reports of coach Josef Zinnbauer’s future being uncertain at the end of last season after they ended third on the table.