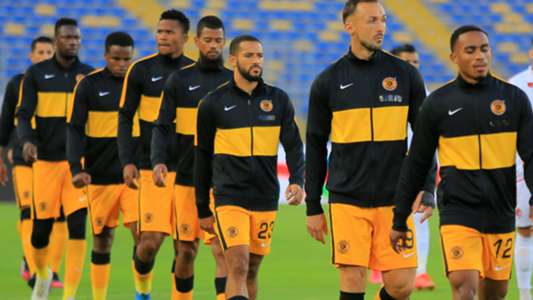 Kaizer Chiefs are stranded in Morocco after they lost 3-0 to Al Ahly in the Caf Champions League final on Saturday night.

The Soweto-based giants failed to win the trophy in their first-ever final, which took place at the Mohamed V Stadium.

Second-half goals from Mohamed Sherif, Mohamed Magdi Afsha, and Amr El Solia were enough to hand the Red Devils a second straight title and the goals came after Chiefs’ Happy Mashiane had been sent off for a reckless tackle on Akram Tawfik at the stroke of half-time.

Amakhosi have confirmed on their social media pages that the problem is due to mechanical concerns with their plane.

“The team was due to arrive home this morning but due to flight mechanical concerns, we are still in Morocco. We will issue out a travel update in due course,” read part of the statement.

Another statement stated: “Good morning Amakhosi a travel update. We are still in Morocco we were not able to take off due to flight technical issues. We are all good and will update you ASAP.”

While the team is held up in Morocco, two of their players have been allowed to link up with South Africa’s U23 squad that will take part at the Olympic Games to be staged in Tokyo.

The club confirmed in another statement that the two players – Kaizer Chiefs defender Reeve Frosler and midfielder Nkosingiphile Ngcobo – had already been allowed to travel to Japan.

“Kaizer Chiefs defender Reeve Frosler and midfielder Nkosingiphile Ngcobo left their Amakhosi teammates in Casablanca, Morocco at midday on Sunday, as they headed off to make their way to Tokyo,” the statement said.

“To join up with the South Africa U23 team, who are already in Japan for the Olympic Games, the duo will be flying via Istanbul Turkey, and should be with coach David Notoane and the rest of the squad at 19h20 on Monday evening Tokyo time.”