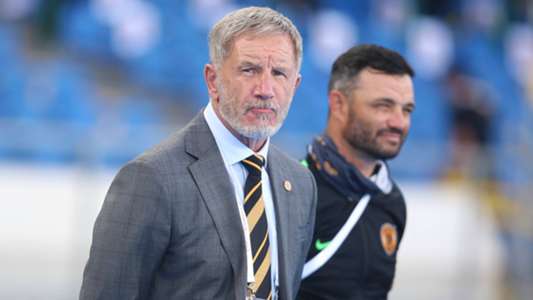 After a goalless first half and being man down, the Englishman was forced to make changes which did not help Amakhosi much

Following a decent showing in the first half, where they managed to hold the Cairo giants, Chiefs collapsed in the second half by conceding three goals inside 21 minutes following Happy Mashiane’s red card on the stroke of half-time.

After the interval, Baxter brought on Billiat while Njabulo Ngcobo was sacrificed.

“Had we gone to half-time with a complete team, then we could have tweaked a few things but as it was, Happy’s red card [was a disadvantage],” Baxter told Chiefs’ media.

“It’s a cup final and you can’t play 4-4-1 and only defend. So we went with 4-3-2 and brought on Khama which was a gamble because he has not played for so long.

“Even the goals we gave away were poor goals. If we defended properly and normally, then we could have extended that time when they don’t score and increase the frustration for them.

“Then maybe we could have got a set-play or counter-attack.

“But as it is we gave away the first goal then tried to devise a way of getting people onto the field and bring us back into the game.

“So it’s a frustrating time but it was unbelievable to get to where we are in this final. Once the disappointment settles, the players will get the credit they deserve.”

The Englishman thinks they had a good start to the contest and managed to contain Al Ahly well.

“I thought we started the game well, I think the players approached the game the correct way,” continued Baxter.

“We tried to press a little bit higher than we have done before, we tried to get the ball quickly into our front three. They had a lot of the ball and we did quite a good job of defending our box and still be a little bit dangerous.”

After reaching the Champions League final for the first time ever, Chiefs will not be playing continental football next season after finishing eighth on the Premier Soccer League standings last term.

Had they beaten Al Ahly, they would have automatically earned a Champions League slot for next season.