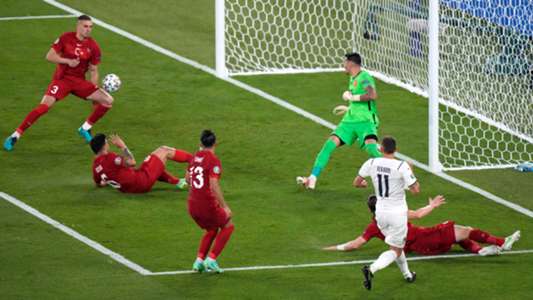 Merih Demiral was the unfortunate protagonist of Friday’s Euro 2020 opener between Turkey and Italy as the tournament kicked off with an own goal for the first time ever.

The big moment came in the 53rd minute following a fairly dull first half, with Turkey defender Demiral forced to turn the ball into his own net from a Domenico Berardi cross.

The irony of Demiral being a Juventus player was not lost on those watching the game, who were quick to joke about the Turkey defender’s connections to the Italian heavyweights.

Juve continues to be the backbone of the Italian national team

I like the Italy approach of now shooting at the Turkish defenders as it’s the only chance of scoring.#EURO2020

thank you merih demiral that’s the juventus in his blood