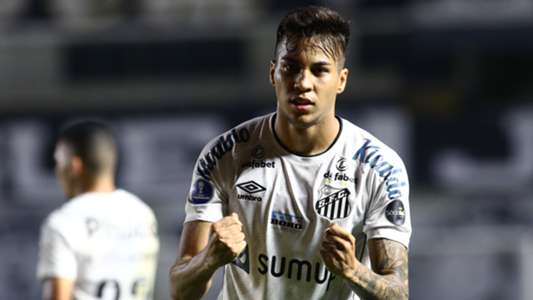 Santos striker Kaio Jorge is set for a summer move to Juventus after the Italian giants reached an agreement to sign the youngster.

Goal reported on Monday that Juve have agreed terms with Santos for the 19-year-old, who is out of contract at the end of 2021, with the Brazilian side now having made the news official.

Kaio could travel to Italy as soon as Thursday to complete his switch to the Serie A giants.

“Juventus agreed to the conditions we presented and that we believe are the best for the club at this time, given the scenario,” Santos president Andres Rueda said via the club’s official website.

“Good luck to Kaio Jorge, another boy from the village that we hope will do well on his path.”

How much will Kaio Jorge cost?

Taking advantage of his expiring contract, which meant he could have left for free in December, Juve have extracted relatively favourable terms from Santos for the sale of their prized youngster.

Santos will also bag 5 per cent of the profits of any future sale, as well as holding first refusal on a loan move should the forward move back to Brazil.

Portuguese outfit Benfica had also shown interest in Kaio but he looks set to choose Turin after bursting onto the scene at Vila Belmiro.

Who is Kaio Jorge?

A native of Olinda, Pernambuco, Kaio joined Santos at the tender age of 10 and has since spent his entire career with the historic Brazilian club.

In 2018 he was handed his first-team debut at 16 by then-coach Cuca and the following year picked up the Bronze Boot as he spearheaded Brazil’s Under-17 World Cup win.

It was in 2020, though, that the teenager really came to the fore, starring during Santos’ run to the Copa Libertadores final where they lost out to Palmeiras.

He finished that tournament as his club’s top scorer, having netted five times in 12 games on the way to the decider.

With additional reporting from Romeo Agresti.