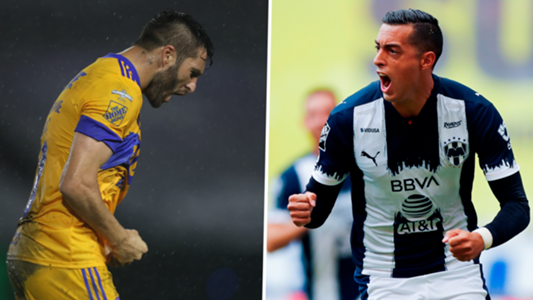 The clash between the best players of Mexico and the U.S. top-flights will take place next month

Forwards Andre-Pierre Gignac and Rogelio Funes Mori are among the biggest names set to feature for Liga MX in the 2021 MLS All-Star Game.

The squad made up of Mexican top-flight stars will be pitted against a team comprising the best MLS players of the past year.

It will be the first such matchup between North American leagues in this format.

Who has made the All-Star team for Liga MX?

What is the format?

The best players of MLS and Liga MX will face one another in a one-off exhibition next month.

The first-of-its-kind event in the region will be part of a week-long series of activities including the MLS Skills Challenge and a concert.

“Fans have been looking forward to this historic matchup for more than a year, and we have no doubt the 2021 MLS All-Star Game … will prove to be worth the wait,” said MLS commissioner Don Garber in a statement. “A game of this magnitude in Los Angeles, played in front of incredible fans in one of the greatest soccer stadiums in global soccer, is unlike anything our sport has seen. This event is a perfect expression of the groundbreaking partnership that continues to build between MLS and Liga MX.”

The match is scheduled for Aug. 25.

Where will it be played?

It will be hosted by Banc of California Stadium in Los Angeles, home of MLS club LAFC.