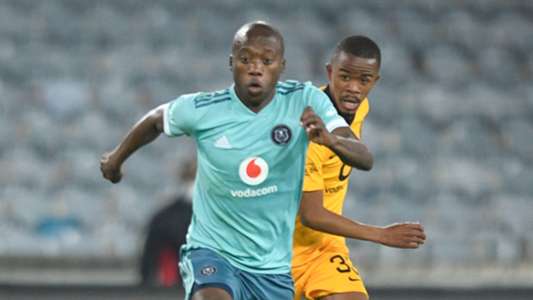 Kaizer Chiefs grabbed the bragging rights after claiming a 4-3 win over their arch-rivals Orlando Pirates on penalties in the 2021 Carling Black Label Cup match on Sunday.

The win saw Amakhosi clinch the high-profile pre-season trophy for the first time since 2017 after the entertaining match which ended in a 0-0 draw at Orlando Stadium.

New Chiefs goalkeeper Brandon Petersen impressed with his penalty-saving skills as he denied Ntsekelelo Nyauza and Wayde Jooste during the penalty shootout.

Many supporters took to social media to react to the match with Chiefs fans expressing their happiness, while the Pirates faithful discussed what went wrong for their team.

Check out how Twitter reacted to the Soweto Derby clash:

Congratulations to Chiefs. Now Pirates must defend MTN8 and win the League.

Peterson stepped up, he trained for the whole season without a game yet become the hero of the day. He was thrown in the deep end and DELIVERED. Shout out to Peterson @KaizerChiefs and a big shout out to @IIKHUNE_32_16 for shutting up those who stopped believing in him ✌️

Finally KAIZER CHIEFS DNA runs through, Chiefs must connect dots from midfield to strikers so to make this interesting, I have been longing for vuvuzela, its a start KHOSI FAMILY 🇿🇦🌹🌷💐💯✌️✌️✌️♥️♥️♥️CAFCL MADALIST pic.twitter.com/ud0X8feFiT

I put my head on the block and say Kaizer Chiefs will win at least 1 knock out trophy and challenge for the league this season. 🤞#CarlingCup

Kaizer Chiefs will win the league this season

Kaizer Chiefs is going to win the league and at least one domestic cup this season. #Amakhosi4Life

#Pirates needs a Coach who’ll get the best out of his players…This Zinnbauer guy won’t take us anywhere,we gonna see the repeat of what happend last season.🤞🏽