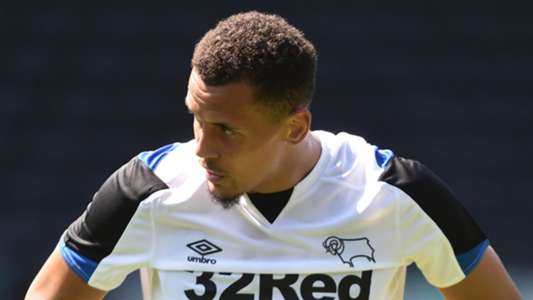 The Red Devils’ all-time top goalscorer, who is currently managing the Rams, has been impressed by the midfielder’s impact at Pride Park

Morrison was once revered as one of the most talented young players in English football, having been part of United’s 2011 FA Youth Cup-winning side alongside Paul Pogba and Jesse Lingard.

The midfielder never made the grade in the Red Devils’ senior team, and has since played for a host of clubs across Europe without properly settling, but Rooney has handed him a lifeline at Pride Park ahead of the 2021-22 campaign.

Morrison is currently on trial at Derby, having been released by Dutch outfit ADO Den Haag back in January, and got valuable minutes for Rooney’s side against his former club on Sunday.

The 28-year-old put in a solid shift during the Rams’ 2-1 friendly defeat to United, and after the match his new manager talked up the impact he has had on the rest of the squad.

“I think with Ravel, he’s very misunderstood,” the Derby boss told reporters after the game. “His ability is clear for everyone to see.

“Since he’s been with us, the standards in training have gone up. There are things he does on and off the ball that I can recognise immediately. That’s where he’s brought the levels up in training.

“He showed some nice touches on the pitch against United but we need to remember he hasn’t played for a very, very long time. So it was natural that physically he was going to tire.”

United sanctioned Morrison’s departure in 2012 amid talk of the Jamaican being a disruptive presence in the dressing room, with West Ham snapping him up on a three-and-a-half-year contract.

Morrison also struggled to make his mark in east London, and after loan spells at Birmingham City, Queens’ Park Rangers and Cardiff City, he was released in February 2015.

Lazio then took a chance on the playmaker, but he only made eight first-team appearances for the Rome-based club in four years before a brief spell with Swedish outfit Ostersunds.

Morrison returned to English football with Sheffield United for the start of the 2019-20 season, but was released the following summer after an unsuccessful loan stint with Middlesbrough.

ADO Den Haag then signed the Jamaica international on a free transfer, but were also unable to bring the best of him, and Derby supporters will likely be sceptical over whether he can finally discover a consistent streak under Rooney should he be offered permanent terms at Pride Park.