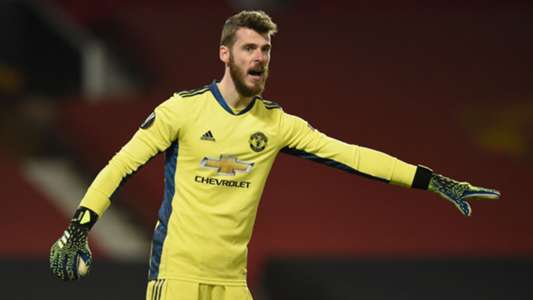 Ex-Ghana youth star Baba Sule, who formerly worked as the chauffeur to Spain goalkeeper David De Gea, believes the Manchester United keeper doesn’t need to move to prove he’s at the top of his game.

Following a difficult season at Old Trafford in which he lost his undisputed starting berth to Dean Henderson, De Gea has been linked with a potential United exit this summer.

There have been rumours in the British press that he may be offered to Atletico Madrid in a part-swap deal for Jan Oblak, but De Gea’s former driver doesn’t believe it’s the right time for him to return to Spain.

“He’s still one of the best players,” Baba Sule told Goal. “Footballers [have] bad patches, where you can have a very good year then the next year you cannot progress or continue the good year you had.

“I hope he will come back and be the best goalkeeper – as he is – but I don’t think it’s necessary to him to come to Spain at this time. He still has a contract with Manchester [United].”

De Gea, who was previously part of Atletico Madrid’s youth academy before making his maiden steps in the professional game with the Rojiblancos, has been with the Red Devils since 2011.

He missed the decisive penalty in their Europa League final shootout defeat by Villarreal last month, having previously won the tournament with Atleti in 2010 and United in 2017.

The stopper, who could reach a half-century of Spain caps at the European Championships, may have to wait to add to his international appearances after being unseated by Unai Simon as the country’s No. 1 stopper.

Spain begin their Euro 2020 campaign against Sweden in Sevilla on Monday evening.

Baba Sule, who worked as a chauffeur for De Gea during his time with Atletico’s academy, after his own playing career ended, was a U-17 World Cup champion with Ghana in 1995.

He subsequently moved to Spanish football with Mallorca in 1996, but a combination of injuries and illness problems stymied his progress.

He retired in 2011 after returning to African football with Nigerian clubs Kwara United and Niger Tornadoes.