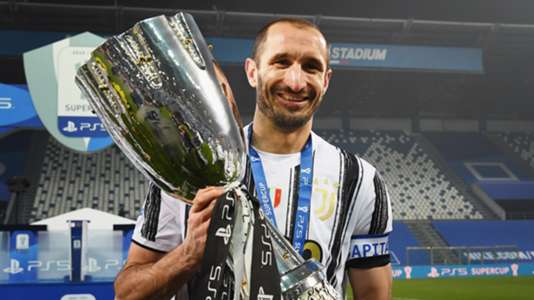 Giorgio Chiellini has signed a two-year contract at Juventus.

The centre-back became a free agent this summer when his contract with the Serie A giants expired.

But the Turin club have confirmed that the Italy international will still be part of the team next season, signing a deal that runs until 2023.

“In the end the signing was a formality, because as soon as I knew that my body would allow me to continue playing, there was always the will of both parties to continue together,” Chiellini told the club’s media channel.

“It was just the timing of various situations that delayed this signing.

“The very close relationship between myself and Juventus goes beyond everything else. I had absolutely no doubts that I would remain here.”

How long has Chiellini been at Juventus?

The Bianconeri captain joined the club friom Fiorentina in 2005.

He has made 535 competitive appearances for the club, winning nine Serie A titles and the Coppa Italia five times along the way.

But Chiellini played a limited role for the team last season as injuries reduced him to just 17 Serie A matches.

However, he recovered in time to take on an integral part in Italy’s Euro 2020 campaign.

He played in five matches in the competition as the Azzurri went on to win the trophy.