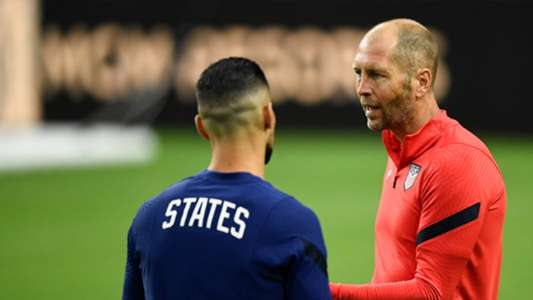 The U.S. brings an inexperienced squad into Sunday’s finale, with the only one younger having taken the field several weeks ago

Gregg Berhalter’s U.S. men’s national team lineup for Sunday’s Gold Cup final against Mexico is the second-youngest lineup ever put forth by the U.S. in a tournament finale.

The XI also features an average total of 19 caps, with that numbers heavily skewed by Zardes (62), Paul Arriola (39), Kellyn Acosta (37) and Sebastian Lletget (29).

Acosta is the only starter returning from the USMNT’s Nations League final win over Mexico, while Arriola will captain the USMNT for the second time tonight as he plays in his third consecutive Gold Cup final.

As head coach, Berhalter is 10-1-0 in Gold Cup matches, with the only loss coming in the tournament finale to Mexico in 2019.

El Tri edged the U.S. 1-0 on the day behind a goal from Jonathan dos Santos, who earns the start for Mexico.

Gerardo ‘Tata’ Martino, meanwhile, made only one change to his Mexico team that took down Canada in its semifinal clash.

Nestor Araujo has replaced Carlos Salcedo in defense after the Tigres star struggled in the semifinal, missing a penalty in the eventual win.