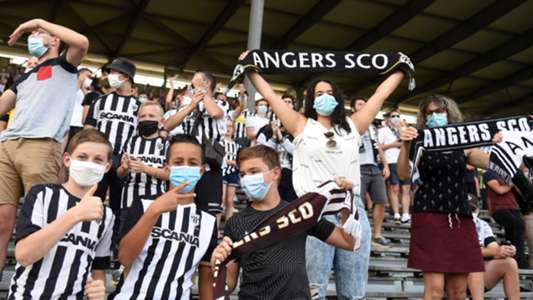 French elite division side Angers have announced the signing of Batista Mendy from Nantes on Monday evening.

Having been handed a three-year deal for an undisclosed fee by the Black and Whites, the 21-year-old will remain at the Stade Raymond Kopa until 2024.

Gerald Baticle’s team finished the 2020-21 season in the 13th position. Nonetheless, they would be counting on the France youth international of Senegalese descent to improve on their performance next term.

“The 21-year-old midfielder has signed with Angers SCO for three seasons. Welcome Batista!” the club wrote on Instagram.

On the other hand, the midfielder went on social media to express his delight with his new adventure.

“Very happy to join Angers SCO and it is with pride that I will wear this black and white jersey,” Mendy wrote on Instagram.

Born in Saint-Nazaire, the youngster signed his first professional career with Nantes in 2018. However, he was sent to the club’s second team to garner more experience.

After two seasons there, he was promoted to the senior team in 2020 by Polish manager Waldemar Kita. He was handed his Ligue 1 debut on September 13, 2020, against AS Monaco.

Mendy was introduced for Abdoulaye Toure in the 61st minute as the Black and Whites bowed 2-1 to Niko Kovac’ Monegasques at Stade Louis II.

His second appearance came against Angers on February 14, 2021. Again, he was introduced for Toure in the closing stages of the first 45 minutes.

This time around, Nantes recorded a 3-1 away triumph with Nigeria’s Moses Simon, Kader Bamba and Imran Louza all finding the net.

On the international scene, he has represented France at U16, U17, 18 and U19 levels. Even at that, he is eligible to represent Senegal at the senior level.

With the 2020 Africa Cup of Nations a few months away, he could be handed an invitation by coach Aliou Cisse.